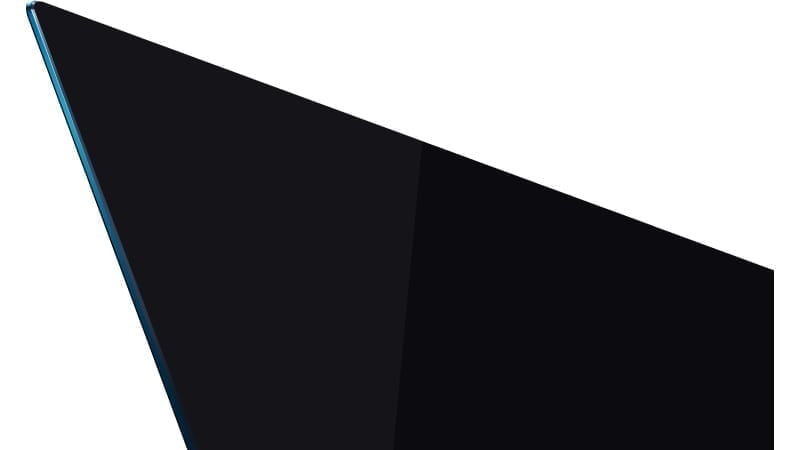 At the CES 2017 event, Xiaomi showed the world its latest Mi TV 4 and Mi Router HD. This was apart from announcing a brand new white color variant of the Mi MIX smartphone. Both the Xiaomi CES 2017 devices will be available in China sometime near the end on 2017.

Hugo Barra – Global VP at Xiaomi- stressed that the Mi TV 4 is the company’s thinnest TV that Xiaomi has ever come up with. Barra explained that the new Xiaomi Mi TV 4 is also the first TV in its lineup to have the Dolby Atmos audio technology for a cinematic audio experience. Xiaomi Mi TV 4 has a frameless design, measures 4.9mm at its thinnest point, and is said to be 37 percent thinner than the Mi MIX and 30 percent thinner than the iPhone 7. The new Xiaomi 4K TV will be available in 49, 55, and 65-inch variants, and the company is claiming that the television is modular, allowing users to swap out the motherboard and other internals when they want to upgrade, pretty cool, isn’t it?

The new Xiaomi Mi TV 4 will have some extraordinary side benefits, i.e. Mi TV Bar, which integrates 10 speakers, 2 wireless rear satellite speakers, and a subwoofer.

At the CES 2017 event, Xiaomi also introduced Mi Port. This is a single cable that will connect the Mi TV Bar to the display and will carry all signals to and from the display for a better and sharper look.

Xiaomi hasn’t revealed the pricing details for the Mi TV 4, though Barra promised it to be “well under” $2,000. The Xiaomi Mi TV 4 will be shipping in China later this year. Xiaomi also confirmed there will be another model but that would not include the Dolby Atmos home theater. It will be priced somewhere under $1,500.

Apart from the fact that the design is mind-blowing, Xiaomi has added its AI (artificial intelligence) based recommendations UI called PatchWall to the Mi TV 4.

The PatchWall is a UI layer on top of the Android OS and it is based on AI technology. Every single thing that you own is now focused on Al-Technology, included this TV. The new Xiaomi technology will make recommendations using a large amount of data about movies and TV shows. This is based on the user’s own content history for a customized experience.