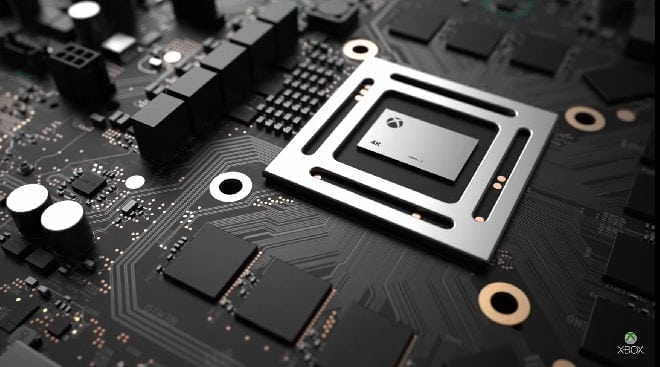 Xbox Scorpio, also known as “4K Xbox” is being developed under the project named “Project Scorpio”. In this article, we’ll let you know the Specs, the expected release date, and we also have all the rumors here for you as well.

Xbox Scorpio would be available by the end of 2017. This has been confirmed by Microsoft. Most of the Xbox versions have been released around November so it’s safe to say that holiday season would be the time frame you’d be able to order it.

Is this the end of console generations?

“We think the future is without console generations. We think that the ability to build a library, a community, to be able to iterate with the hardware – we’re making a pretty big bet on that with Project Scorpio.”

“We’re basically saying, ‘This isn’t a new generation; everything you have continues forward and it works. We think of this as a family of devices.”

“If this project goes into becoming a success this would change the way we think about the future of console gaming.”

Xbox boss, Phil Spencer feels that Xbox Scorpio “can” run games in VR but he still feels that tech games need time to get there.

He says, “I love the technology behind VR. I have an HTC Vive; I have an Oculus Rift. I’ve used the PlayStation [VR] device a lot in demos and stuff, I think VR will find its spot in gaming.”

“In the long run, we need untethered solutions. You need to have the computer capability to not be wired to the display that’s on my head. That means I either have some kind of high-bandwidth wireless HDMI or I have a computer here.”

“With the HoloLens we’ve chosen to put the computer in the HMD itself, so it’s right there. The other thing I think most people who look along in this technology is a mixed reality world, where I have a head-mounted display that can go from a fully enclosed, opaque world that is VR to a fully transparent one where I’m seeing augmentation in my world. I should have one device that spans both.”

A senior Microsoft spokesperson said it was “up to developers” to decide if they want to develop games exclusively for Project Scorpio, wouldn’t that be great, though?

“I don’t know about that. We’ll see. It’s up to the game development community; what do they want to do,” said Shannon Loftis, GM of Game Publishing at Microsoft.

Lastly, the price would be around $500 to $600 so let’s wait for more information to come!