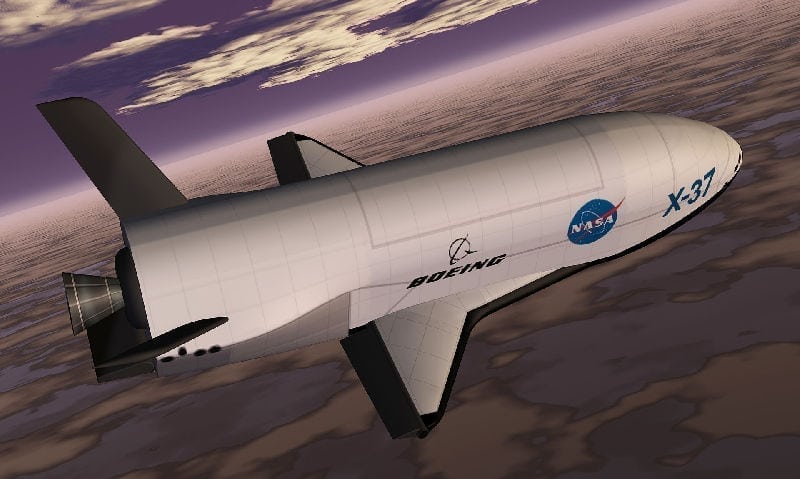 Space, the final frontier has seen a drone where none have flown before that reached an impressive milestone. The US Air Force has had an unmanned space drone orbiting the earth secretly for 718 days. The X-37B Orbital Test Vehicle (OTV) announced its landing with a sonic boom over central Florida on May 7th. The secret space vehicle landed at NASA’s Kennedy Space Center in Florida after orbiting the earth for nearly two years. This marked the end of a record-breaking, successful test flight.

The X-37B space plane was launched on May 20th, 2015 on an Atlas V 501 launch vehicle. Built by Boeing, the orbital test vehicle looks like a smaller version of the retired Space Shuttle. There have been four previous missions. The first lasted 224 days, followed by the second mission of 468 days, the third mission logged 674 days, and now 718 days.

NASA began this program in 1999 and it moved to DARPA (Defense Advanced Research Projects Agency) in 2004. DARPA came into existence during the SPUTNIK era, 50 years ago, when the US made a commitment to be the initiator and not the victim of strategic technological surprises.

So what is this little guy up to? When this project moved from NASA to the Air Force its mission became classified. The Air Force says it was testing a number of new technologies like advanced guidance and navigation and control systems.

There are all sorts of speculation of the real purpose for this autonomous space vehicle on the internet.  An advanced spy satellite, a satellite killer, a space bomber to name a few.

There will be another X-37B mission later this year. There is also talk of a larger model that could include astronauts.  What’s certain is that there is a lot of mystery regarding the X-37B. Mystery or not, I feel better knowing we have this technology.