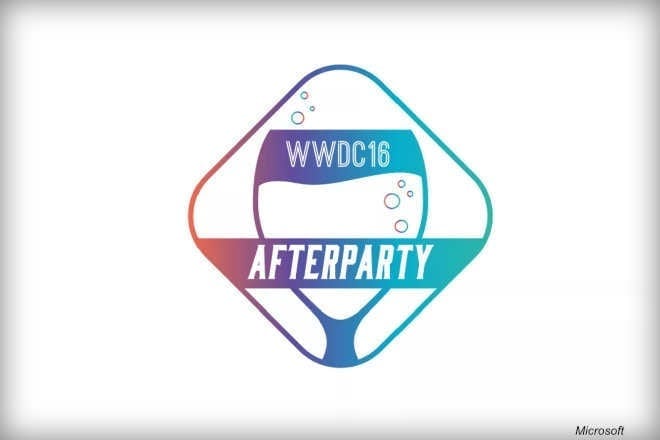 So, as we all know WWDC is always a big event at Apple. As a result, there are a number of predictions being made regarding the event and what new technologies Apple products will feature. Microsoft has also announced a WWDC after party.

Yes indeed, you read that correctly. The Apple rival is set to host a WWDC after party. The WWDC after-party is going to begin right after the WWDC event takes place on Monday 13 June 2016. It will also be held near the venue of the WWDC event.

The party is going to help developers to discuss the “future of applications”. The WWDC after-party is officially named ‘Xamarin and Microsoft WWDC After-Party: The Future of Apps’. This is a smart move on Microsoft’s part to introduce its own set of iOS applications.

However, it seems the main reason that Microsoft is throwing the WWDC after-party is to get developers interested in Xamarin. Xamarin is actually a Microsoft-owned company aiming to create application development tools. Microsoft acquired Xamarin back in February and is now marketing its features. The company also lets developers create cross-platform apps. This means that developers of iOS applications will now easily be able to bring their applications to Windows. Perhaps Microsoft really isn’t trying to throw shade at Apple by the WWDC after party but is just trying to generate interest in its own application development company.

We have already covered the WWDC predictions in a previous post. The event will also be live-streamed and is going to take place at the Bill Graham Civic Auditorium beginning at 10:00 am Pacific Standard Time.

For those who want to catch the event live, they can do so on their Apple Products. Any iOS devices running version 7.0 or above will be able to view the live stream event by the WWDC website. Macs running Safari 6.0.5 and OS X v10.8.5 or later can also join the live stream. As we previously reported the live stream can also be seen through the Apple TV boxes and the WWDC application.