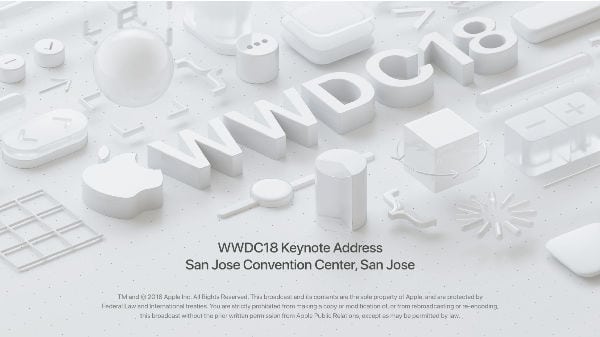 WWDC 2018 was on June 4th in San Jose, CA. As usual, the opening video brought smiles as usual. This year’s video was cleverly narrated and was reminiscent of a National Geographic wildlife video describing the nature and habits of those creative creatures known as developers. Developers from 77 countries were in attendance representing the 20 million developers worldwide.

An introduction to iOS12 by CraigFederighi was the main event. This followed a recap of the key features in previous versions of iOS. Performance improvements for all of the devices supported by iOS11 will benefit from the iOS12 upgrade.

A new file format known as USDZ was introduced. This format is for 3D objects intended for augmented reality.  Pixar and Apple collaborated on this new format. Adobe’s Creative Cloud will be supported the USDZ file format.

Precise measurement is a critical component of convincing AR. Apple took this a step further with a new App called Measure. Click and drag along the line of a real-world object using your iPhone’s camera and the Measure App and get an accurate measurement. The app detects rectangles and will provide its dimensions quickly. 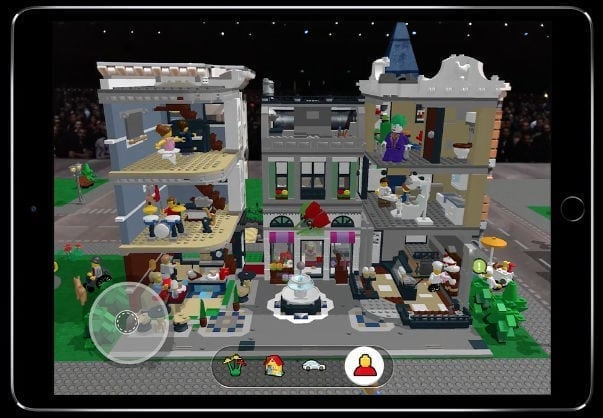 ARKit 2 brings AR development to the next level.  Lego’s Martin Sanders, Director of Innovation demoed their new app running on an iPad that brings your physical real-world 3D Lego creations to life and combines them with the digital world. This opens up countless possibilities for hours of creative fun filled play. Add digital people, buildings, vehicles to your physical Lego creation and let the fun begin.  We will be looking for more info on this impressive development in the coming months and let you know what we learn.

SIRI can now make suggestions like reminding you to call someone on their birthday or turn your phone off when in a theater, or put on sunscreen when you go to the beach.  This is accomplished with Shortcuts that the user can create for any number of things you may do routinely. SIRI is paying attention to what you do often so related suggestions can help you through your day.

SIRI can execute Shortcuts in a series. For example, your workday has ended and you are heading home.  Simply saying “Heading Home” and SIRI will tell you when you will arrive, provide the best route to avoid traffic, send a message home, set the thermostat, turn on lights, and tune in to your favorite radio station.

There is a gallery of preset Shortcuts and of course, you can create your own. So a simple phrase will trigger a chain of events. Really cool.  You can also run Shortcuts from your Apple Watch or HomePod.

Apple is doing something about device addiction.CraigFederighi said iOS12 will provide “a comprehensive set of built-in features to help you limit distraction, focus and understand how you are spending your time.”

You can now set “Do not disturb” during bedtime. You can also set a time for Do Not Disturb.

Notifications will have an “Instant Tuning” feature that will allow you to control what notification you receive and when you receive notifications. You can also configure whether or not they are sent to your home screen or to the notification center or eliminated them all together. SIRI will even notify you of notifications you are receiving from apps that you no longer have installed.

Grouped notifications have been added as well so you can control whole sets. They can be categorized by app or by the thread. You can deal with a whole subset of notifications with a single swipe.

Receive a weekly activity report that gives you insight into how you use your device. The time you’re spending on one thing or another. You can set limits on the amount of time you spend on your device.  This is great for parents by limiting their kid’s screen time. This can be set by time, or by the app. You can also limit your child to age-appropriate websites, and give or deny access to individual apps.

Tongue Detection, new critters, and memoji that let you create your own animoji in your own likeness. Choose your skin color, hair, eye color, glasses, and more to create your very own memoji.  Messages now have fun effects and filters as well.

Facetime is getting a big upgrade. Group calling will allow a group call of up to 32 participants. The tile of whoever is speaking becomes enlarged and dominates automatically. The fun effects available in Messages are now also available in FaceTime. Available on macOS as well.

Another exiting AppleWatch feature is Walky Talky that lets your AppleWatch act like a walk talky between two Apple watches.  This works over both cellular and WiFi.

SIRI Shortcuts can be accessed via the watch as well.

You no longer need to say “Hey SIRI” on the AppleWatch, just lift your wrists and speak. PodCasts can now stream to your AppleWatch.

New enhancements for AppleTV4K and tvOS was on the agenda as well. Dolby/Atmos sound has been added to AppleTV4K which moves sound around the room.  Single Sign-on to speed up authenticating individual apps support by your cable provider has been replaced by Zero Sign-on so you no longer have to be bothered entering any authentication codes.

This keynote may not have been as sexy as new hardware announcements, but the software is where it all happens and some pretty impressive stuff was demoed at the WWDC 2018 keynote. We will cover updates to macOS and more on WWDC 2018 in another article.