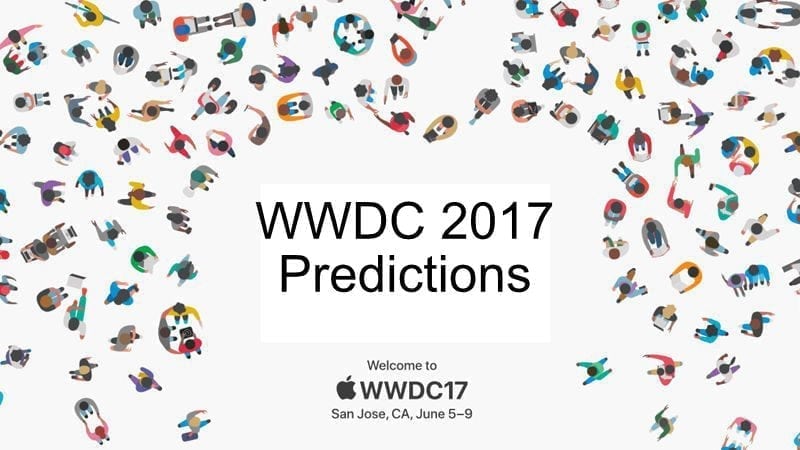 KGI Securities analyst Ming-Chi Kuo is known for his predictions regarding Apple products prior to their release.  His track record for correct predictions is uncanny yet he has many contacts in Apple’s Asian supply chain. This access provides Ming with good intelligence that usually pans out and morphs from prediction to fact. Ming has released a “2017 WWDC highlights” report, that outlines his WWDC 2017 predictions for the keynote event.

On the list of WWDC 2017 predictions are several hardware announcements. The 10.5 inch iPad Pro has a good chance of being announced at WWDC.  This has been a long-awaited announcement and one that I personally have waiting to hear.  It will have a larger screen and thinner bezel than current models. The iPad Pro is expected to appeal to the corporate and commercial sectors.  5 – 6 million units are expected to sell in 2017.

Ming-Chi Kuo maintains a better than 50% chance that Apple will announce its SIRI Smart Speaker.  A direct competitor to Amazon’s Alexa. Apple’s version is expected to include a touch panel which is in line with what Phil Schiller hinted at earlier this month. An announcement about the SIRI Smart Speaker would likely dovetail into news on SmartHome tech.

It is a given that we will see previews of the next OS versions from Apple since WWDC is, after all, a software event. We will be looking for updates to iOS, macOS, watchOS, and tvOS.

There is a real good chance we will hear an announcement that Amazon Video will be coming to Apple TV. I am happy about this since I use both. This should also highlight that Amazon will be selling Apple TV on Amazon which has not happened since 2015.

We can most likely expect to hear a recap of the year’s events. Including news on Apple Campus II, The Design Awards, Apple’s Scholarship Program and Education initiatives, as well as environmental initiatives.

The five-day event that is WWDC is primarily for developers but the keynote is really for the rest of us and we will be tuning in on June 5th, 2017 at 10 AM, PST.