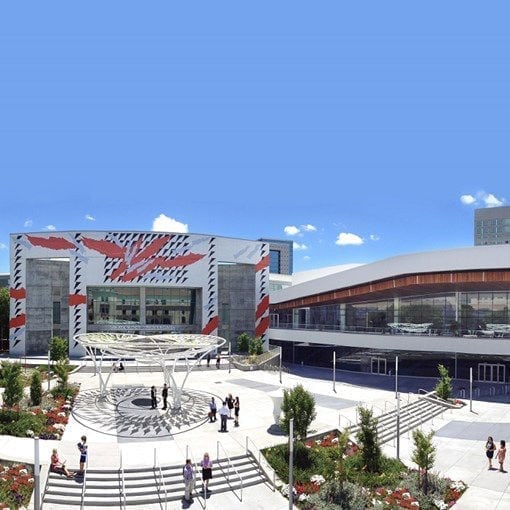 Apple has made an announcement stating that the WWDC 2017 will be held from June 5th to 9th. Unexpectedly, the venue has been changed from the preceding years. The McEnery Convention Center in San Jose will be the location for this year’s event.

Every year at WWDC, Apple showcases upcoming versions of their major operating systems. Likewise, macOS 10.13, iOS 11 along with brand new updates to the tvOS and watchOS are expected this time around.

While Apple traditionally hosted WWDC in San Francisco, the 2017 conference will make a complete change in the setting. However, all the other logistical details of the event will seemingly proceed as before. The registration process for the tickets will commence from March 27.

Senior VP of Worldwide Marketing at Apple, Phil Schiller has announced that the new location roughly has the same capacity. Like the Billy graham auditorium, the venue will accommodate some 5000 developers along with about 1000 Apple engineers. Schiller described the new location of downtown San Jose as a ‘great environment’. However, he did not present a complete reason of the publicized change.

Apple made the announcement well in time so that people can plan their travels and adjust accordingly. As for Apple’s engineers, the new location is quite close to Apple Campus 2 and Infinite Loop in Cupertino. Additionally, according to Schiller, this would allow more Apple engineers to attend the event.

The Apple keynote will be held on the 5th of June if Apple follows the typical timetable. Apple will announce the major updates to their operating systems including macOS 10.13 and iOS 11. Schiller stated that ‘all platforms’ will be targeted, possibly meaning fresh versions of watchOS and tvOS will be showcased.

WWDC occasionally brings hardware announcements and the unveiling of new Macs seems possible. On the contrary, iPhone 8 announcement seems highly unlikely as it will most probably come later in September. Additionally, a new iPad with no bezels would be probable, according to some rumors.

WWDC has returned to San Jose after 15 years with the last event held there in 2002. This was long before the release of the iPhone and Apple’s subsequent success. Sam Liccardo, mayor of San Jose expressed his excitement following the announcement:

“We’re ecstatic that Apple has chosen to host its WWDC 2017 in San Jose, the heart of Silicon Valley and site of the very first WWDC,”

“We look forward to working with Apple to create a special experience for the thousands of attendees who will visit San Jose for this marquee event. And on behalf of our entire city, I’d like to extend a warm invitation to Apple developers, partners and enthusiasts from around the world to join us in Downtown San Jose as Apple unveils its latest innovations.”

Tickets will be available towards the end of March and will charge the same amount per ticket as last year. A public lottery will be held to cater the exponential demand for the tickets. The event will be streamed live online and video will be released after the event as well. So don’t get your hopes down if you are unable to attend!