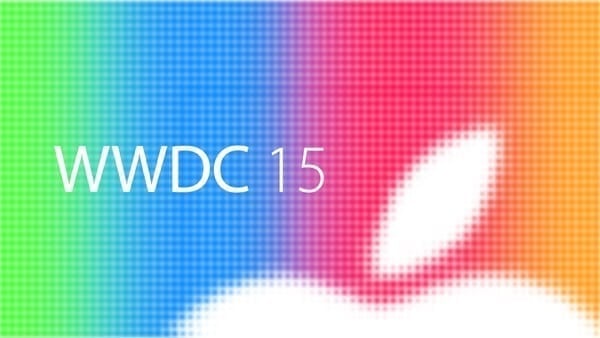 The long awaited Worldwide Developers Conference starts on June 8 and will run through June 12 at its usual home of Moscone West, San Francisco. Around 2,000 Apple engineers will be present to host about 100 technical sessions and hands-on labs. As expected, the conference will commence with a kick-off keynote on day one during which Apple will unveil its fresh, innovative products. What’s more, the event will also include the annual Apple Design Awards.

WWDC 2015 is expected to be the debut of Apple’s newest versions of iOS and OS X, namely iOS 9 and OS X 10.11. Furthermore, rumor has it that the Cupertino-based giant will unveil a new television service, a redesigned Apple TV box and a rebranded music service.

Since the developer demand for Apple’s annual Worldwide Developers Conference exceeds ticket supply each year, Apple uses a lottery to choose which ones can attend the event. Still, there are many developers who cannot attend. Luckily, just like the rest of us, they can watch numerous live streams of WWDC sessions that will cover most topics of relevance.

Now, if you’re an Apple fan, you are probably most excited and curios about this summer’s event – just like us. While the content of the conference remains for the moment a mystery, we can take a look at last year’s WWDC and use our intuition and common sense to predict the direction. So, if history is any indication of the events to come, Apple will introduce new versions of its operating systems. However, this year we expect a particular emphasis on Apple TV.

For now, there is little to no information available on the likes of Apple’s next OS. This is normal for this time of the year as the development of this operating system must still be in its infancy. Nevertheless, recent rumors have speculated that it will be similar to a “Snow Leopard” update. This means the focus will be upon improving the OS rather than a complete redesign. You can expect better stability and optimization for your device. However, we cannot say which ones will actually be able to run iOS 9 – for now.

Recently, The Wall Street Journal led us to believe that Apple is putting all their effort into the creation of its very own streaming television service that might debut at the Worldwide Developers Conference this year. According to numerous sources, Apple is said to be looking for content providers, such as ABC, CBS, and Fox and will offer no less than 25 channels. Apple News, Apple Weather… who knows? While nobody knows much about this project, we can be sure it’ll be revolutionary.

According to some voices Apple will present its refreshed and improved music service at this year’s WWDC. While most people claim it will be the same old Beats Music service in a new form, we can be sure that we’ll be introduced to a better service that will most likely be built into iTunes. Regarding the cost of this revamped/brand-new service, there were some arguments at first, as the Cupertino-based giant wished to go below the market price. However, it came back to its senses and now it looks like we’ll pay about $10 for it.

Obviously, Apple won’t stop at introducing a television streaming service and so, it will present this June a revamped Apple TV set-top box. Said to be an impressive update to the older version, the new Apple TV will run on the new A8 chip and will have a lot of internal storage space. Moreover, thanks to the addition of Siri, you will be able to control home automation gadgets and devices through voice command.

All things considered, these are only a few reasons to get excited about this year’s Worldwide Developers Conference. While we don’t know for sure what is coming our way, we sure have a lot of reasons to watch live streams of WWDC sessions this June.

Previous ArticleWorkflow For Apple Watch Lets You Do More From Your WristNext ArticleApple Watch: Your New Must-Have Gadget