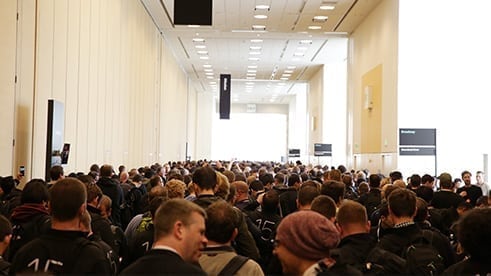 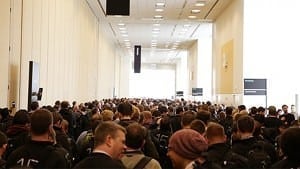 June 8th, 2015 9:00 AM, Moscone Center, San Francisco. WWDC 2015 Keynote: In the Epicenter of Change.  The room is filled with developers, press, 350 Apple scholarship winners and the customary anticipation and excitement Apple events are known for. This is where rumor gets separated from fact.  Where we’ll take a look at the successes of the past year and latest developments and perhaps a glimpse into the future.

The customary introduction video that’s not so much a commercial but more of a human celebration was missing this year.  Instead, Director, David Legary, gave us humor with Angry Birds, Burning Man, Goat Simulators, trapeze acts and more.  When none of this works out he delivers the punch line, “either way we’er getting free watches out of it”.

The humor didn’t end there as Tim Cook tells us about the ransom Apple pays team mates for the 100th home run ball hit by Brandon Moss of the Cleveland Indians.

After the fun, this 26th annual event quickly got down to business.  Here some highlights.

The four day event will have 100 sessions, 150 labs and 1000 Apple engineers on hand to answer questions.  In addition there will be additional streamed coverage beyond the keynote event.

Conspicuously missing was any mention of Apple TV or the new streaming service we’ve been hearing about and support of Aps.  In spite of that, there was a lot on the table and Apple presented new developments with the expertise and enthusiasm it’s know for.

Developers where pleased to hear the latest on Metal that includes architectural improvements and the news that Metal is coming to the Mac.  Developers also heard that Swift 2 will be available soon and that moving forward, the language will be Open Source.

New built-in apps in IOS and OSX, with the focus on performance and security. True multi-tasking for IPad & IPhone including picture in picture.

Announcements on Apple Music. A new ecosystem for music, a complete package built around music.  Its goal is to cover all the ways you love music, as a fan or as an artish.

Includes Connect, where artists can connect with fans. Upload your music.

We will be covering all of these topics in more detail over the next few days.  So check back with us throughout the week.