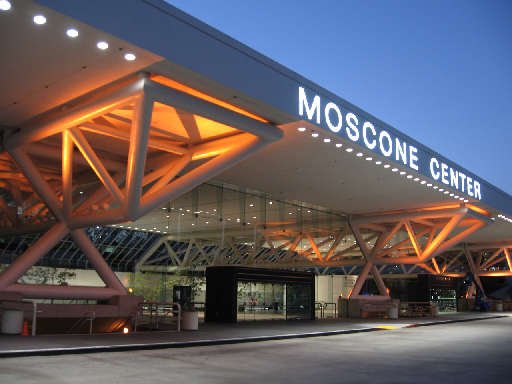 Every year, Apple holds an annual Worldwide Developers Conference (WWDC) at the Moscone West convention center in San Francisco, California, giving thousands of developers from around the world a chance to meet up with Apple engineers and sit in on valuable workshops and software sessions.

Apple typically begins each conference with a kickoff keynote on the first day, where the company makes major announcements and sets the stage for the remainder of the week. Keynote events often include a look at upcoming products and services and a first glimpse at new operating systems. For the first time in 2016, Apple will hold its keynote and other first-day sessions at the Bill Graham Civic Auditorium, roughly a mile away from Moscone West. The new location, which Apple also used for its September 2015 “Hey Siri” media event, will offer a larger venue for the conference’s major presentations.

Apple leaked the official dates for the 2016 event through Siri, which revealed the conference will take place from Monday, June 13 through Friday, June 17, matching the long presumed dates previously suggested by the convention center’s event calendar.

In 2016, Apple is expected to unveil the latest versions of iOS and OS X, and work on iOS 10 and OS X 10.12 is already well underway. We may also see new versions of watchOS and tvOS, the operating systems that run on the Apple Watch and the Apple TV. News on additional products that might make an appearance will likely be shared as we get closer to the conference date. Most of Apple’s Mac lineup is due for an update and could see refreshes at the event, plus we’ve heard some unconfirmed rumors suggesting a thinner second generation Apple Watch could possibly be announced.

After the kickoff on the 13th of June, sessions and labs will take place from Tuesday to Friday (14th to 17th) at Moscone West as per tradition, where the guests will be the first to get in-depth information on the latest advancements in Apple technologies. Spend the rest of the week learning from over 100 sessions led by Apple developers and visiting the labs for help directly from Apple experts. Bring your code for guidance on the fundamentals or on incorporating cutting-edge features that were just introduced. You can also make an appointment for one-on-one help on user interface design, app distribution, marketing, analytics, and more.

Each day at lunchtime you’ll have a chance to take a well-deserved break with talks by industry experts and luminaries. These acclaimed guest speakers will inspire you with detailed accounts of how integrating creativity with technology yields groundbreaking results.

It is not all work and no play. On Thursday, the guests can celebrate their week of insight with an incredible bash at the Bill Graham Civic Auditorium. Mingle with friends, enjoy great food and drinks and hear phenomenal music at this outstanding concert venue.

You can enjoy the conference from home as well as all of it will be live streamed on the web as well as the WWDC 2016 app.