Users are able to create actions as well as connect apps to achieve a lot of tasks on their iPads and iPhones using Workflow. For example, you could download Facebook videos using Workflow or download YouTube videos to camera roll. A number of actions can be automated. Having Workflow for Apple Watch open up another dimension in the personal computing game. As the Apple Watch is a small wearable device which is limited by its small size having Workflow will mean that now hundreds of actions maybe performed using the Watch without adding more buttons, gestures, apps or making any change in hardware. 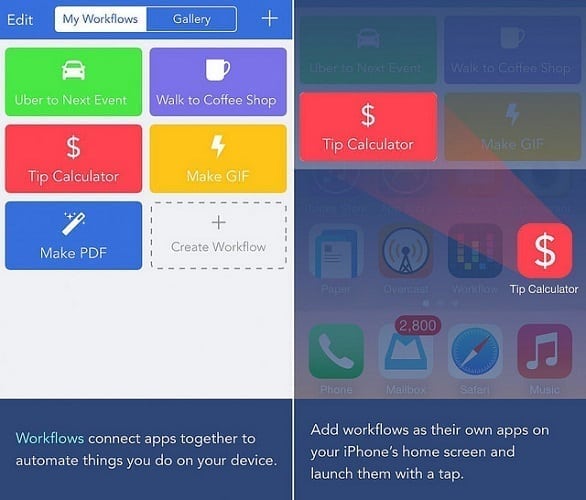 A Workflow Gallery comes with the iOS version of the app which enables users to access actions which are very useful and well liked. Having the same on the Workflow for Apple Watch will give immediate access to many ‘stored’ workflows.

Workflows are executed from the Workflow Glance. ‘Glances’ are accessed by swiping up on the Watch and using apps from there on the Watch is akin to using apps on iOS from the Notification Center. Glances are a feature in the Apple Watch that provide quick, condensed information. 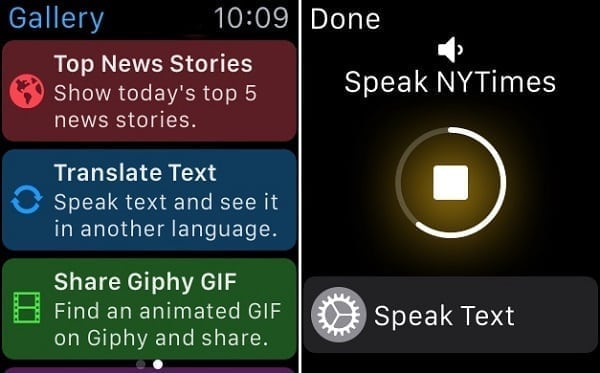 In the Glance view of the Workflow app you can see different workflows and they can be selected by tapping on them. Scrolling through Workflows also may be sped up by knocking the Watch with the iPhone gently. This shifts the scrolling to the next available workflow in the list.