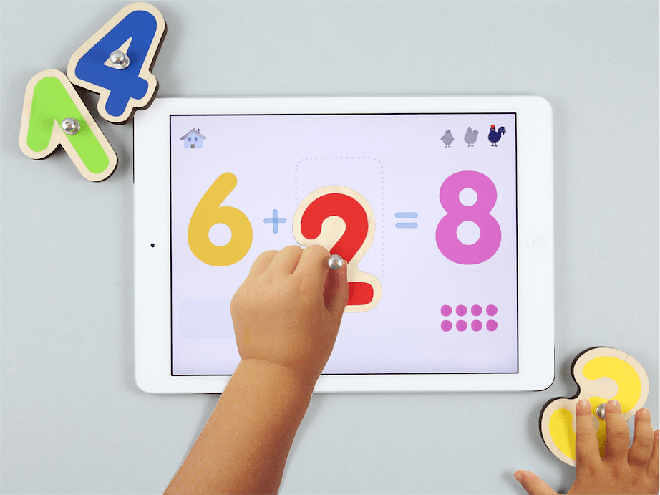 Maria Montessori would be pleased and amazed if she saw what I did while at CES this past week. I came across what I think is a clever and interesting product for teaching young children the basics. Marbotic, a French developer has married the technology of your tablet (iOS, Android or NEXUS) with tactile wooden toys. The wooden toys interact with your tablet and joins the unlikely pair together via apps creating a clever experience for teaching young children the basics of numbers and letters.

This is what I saw at CES.

Smart Numbers and Smart Letters are sets of wooden letters and numbers (with sensors) that when used with their corresponding Apps, create a fun, hands-on play and learn experience for your pre-k child. I researched this further when I returned and found this video with a more detailed demo that will give you a better idea of just how clever this product is.

Here is a list of Android tablets compatible with Smart Numbers:

Note: Smart Letters is only compatible with iPad.

The following is a list of Apps from Marbotic.

Each app is cleverly designed to draw your child into a play-learn experience. All of the apps are available now in the App Store.  I only wish this was around when my five-year-old was first learning her numbers and letters.