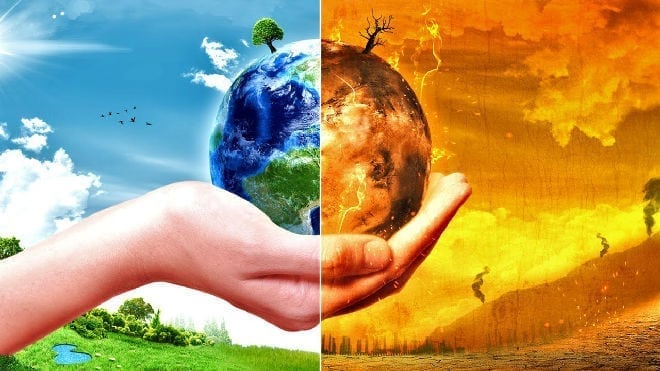 The news regarding POTUS’ decision to pull the United States from the Paris climate agreement was not well received by the tech community, the scientific community or the 200 other nations that support the initiative. Thanks to this decision, America now shares this distinction with Syria, and Nicaragua, the only other countries that have not signed the Paris climate agreement.

Tim Cook, Apple’s CEO sent an email to Apple’s employees expressing disappointment with Trump’s decision to pull the United States from the agreement.

The email was shared on BuzzFeed.

“Team, I know many of you share my disappointment with the White House’s decision to withdraw the United States from the Paris climate agreement. I spoke with President Trump on Tuesday and tried to persuade him to keep the U.S. in the agreement. But it wasn’t enough.

Climate change is real and we all share a responsibility to fight it. I want to reassure you that today’s developments will have no impact on Apple’s efforts to protect the environment. We power nearly all of our operations with renewable energy, which we believe is an example of something that’s good for our planet and makes good business sense as well.

We will keep working toward the ambitious goals of a closed-loop supply chain, and to eventually stop mining new materials altogether. Of course, we’re going to keep working with our suppliers to help them do more to power their businesses with clean energy. And we will keep challenging ourselves to do even more. Knowing the good work that we and countless others around the world are doing, there are plenty of reasons to be optimistic about our planet’s future.

Our mission has always been to leave the world better than we found it. We will never waver, because we know that future generations depend on us.

Your work is as important today as it has ever been. Thank you for your commitment to making a difference every single day.  Tim”

Tim Cook is just one of the many leaders in technology who tried to convince Trump not to abandon the climate accord leading up to today’s decision.

Since the announcement, tech company CEOs have been speaking out against the decision.

“leaving the accord “puts our children’s future at risk,”

“disappointed with the decision”.

@elonmusk “Am departing presidential councils. Climate change is real. Leaving Paris is not good for America or the world.”

“As a matter of principle, I’ve resigned from the President’s Council over the  #ParisAgreement withdrawal.

“Deeply disappointed by President’s decision to withdraw from ParisAgreement. We will double our efforts to fight climate change.”

These tech leaders were joined by many other major companies, including IBM who stated:

“Climate change is an international problem that requires an international solution, and we believe it is important for the world to reduce greenhouse gas emissions. Therefore IBM supported — and still supports — U.S. participation in the Paris Agreement. This agreement requires all participating countries to put forward their best efforts on climate change as determined by each country. IBM believes that it is easier to lead outcomes by being at the table, as a participant in the agreement, rather than from outside it.

“Whether the U.S. participates in the Paris Agreement or not, IBM will continue its decades-long work to reduce its own greenhouse gas emissions and will continue to help our clients do so as well.”

“Disappointed with today’s decision on the Paris Agreement. Climate change is real. Industry must now lead and not depend on government.”

“Today, the White House announced its intent to withdraw the United States from the Paris Agreement on climate change. Over 190 countries, from China to India to the EU, have signed the agreement and committed to taking actions to reduce their greenhouse gas emissions.

Microsoft believes that climate change is an urgent issue that demands global action. We have a longstanding commitment to sustainability, which includes operating 100 percent carbon neutral and setting goals to increase the amount of green energy to power our operations.

We all live on a small planet and every nation needs to work with others to protect it. We’ve been a steadfast supporter of the Paris Agreement, from encouraging nations to come to an agreement in 2015 to urging the U.S. to ratify the agreement in 2016.

In the past few months, Microsoft has actively engaged the Trump Administration on the business case for remaining in the Paris Agreement. We’ve sent letters to and held meeting on this topic with senior officials in the State Department and the White House. And in the past month, we’ve joined with other American business leaders to take out full-page ads in the New York Times, Wall Street Journal and New York Post, urging the Administration to keep the United States in the Paris Agreement.

We believe that continued U.S. participation benefits U.S. businesses and the economy in important and multiple ways. A global framework strengthens competitiveness for American businesses. It creates new markets for innovative clean technologies, from green power to smart grids to cloud-enabled solutions. And by strengthening global action over time, the Agreement reduces future climate damage to people and organizations around the world.

We are disappointed with today’s decision by the White House to withdraw the United States from the landmark, globally supported Paris Agreement on climate change.

We remain steadfastly committed to the sustainability, carbon and energy goals that we have set as a company and to the Paris Agreement’s ultimate success. Our experience shows us that these investments and innovations are good for our planet, our company, our customers and the economy.”

Intel along with many many others have also spoken out against this decision.

Although our voice here at CupertinoTimes is tiny in comparison to these giants, we stand with these companies, the scientific community and everyone else on the planet that recognizes the threat we all face from climate change. CupertinoTimes applaud these companies and the many countries that remain in agreement. Their continued efforts are respected and appreciated by millions of us that share this very real concern.

I can’t help but be reminded of the saying,

“You can lead one to knowledge, but you can’t make them think”.

No matter where you stand on this issue, if you’re an American, exercise your right to vote.

Below is an eye-opening video on climate change that does a good job of explaining the threat we all face.