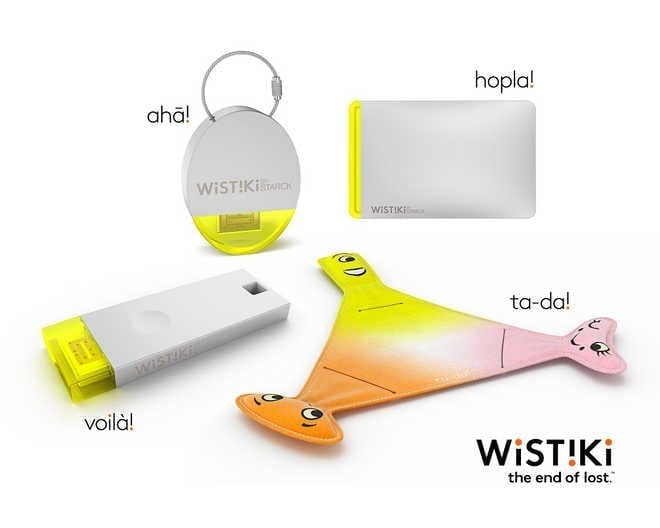 I love success stories, you know the one’s that start with an idea, and grow into an enterprise. This is one of those.

The three Lussato brothers in France developed a concept that they called “the end of lost”. This turned into the Wistiki Found You Collection, more about that later. The brothers had complementary backgrounds, two business school graduates, and an engineer, making the trio an ideal ensemble for going on an entrepreneurial adventure. They began the process of validating the need for the product and found that there was a real demand for Wistiki.

Once they had the first Wistiki prototype, the three agreed that crowdfunding was the way to go. The French crowdfunding platform, “MyMajorCompany” provided the 90-day campaign with a goal  to raise 20,000 euros to begin manufacturing. To their surprise, the campaign raised an incredible 81,000 euros which allowed them to manufacture their first connected device which is 100% made in France. This high-tech French start-up received 1,500 pre-orders from contributors.

With product in hand the company benefited from important media coverage in many French publications. As a result, the business community showed they had faith in Wistiki by investing 225,000 euros in the company, bringing their value up to 1.5 million euros.

With product in major retail outlets throughout France, they sold 50,000 units in two months.  The company received additional capital of 1.5 million euros from private investors early in 2015, boosting the business valuation to 16.5 million euros.

It became clear that none of their competitors were really concentrating on the shape of the device being associated with a specific use. They realized that the solution was to make their product more intuitive to their customers and rethink the Wistiki tracking solution.

They partnered with the designer Philippe Starch and today Wistiki, a Paris-based provider in the Internet of Things (IoT) produced the “Found You” collection—a set of premium, smart, connected devices that will help you find your belongings from your smartphone (iOS and Android). Just attach one of the devices to your valuables and you will always be able to locate them quickly from your smartphone. It will also help you locate your smartphone should it be misplaced. The Found You collection was officially introduced in the US this month at a press conference in San Francisco.

These unique products abandon the one-size-fits-all approach of traditional trackers and consist of the following: 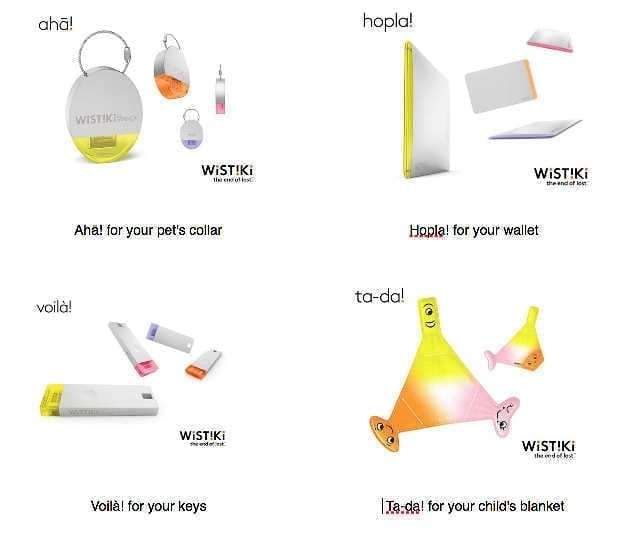 You have the opportunity to pre-order this collection on the crowdfunding platform, Indiegogo.

Like I said earlier, I love success stories.  Today, Wistiki has more than twenty-five employees, thousands of Wistiki community members, a new U.S. presence and virtually limitless opportunities around the globe.  Congratulations guys!