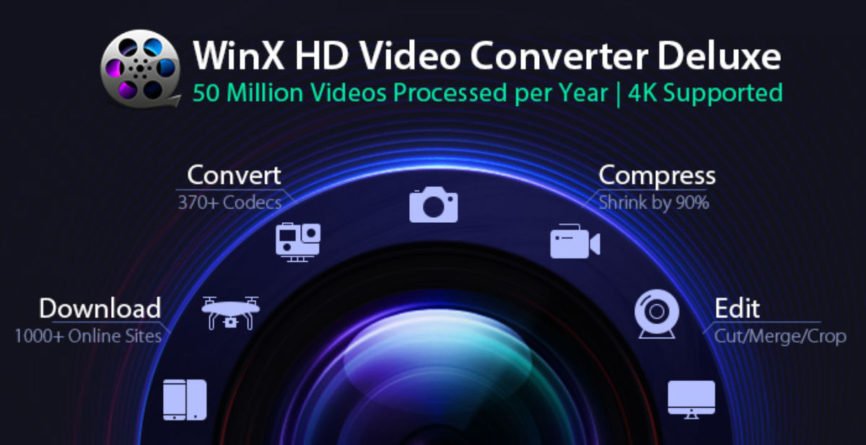 Every so often we have the need to convert a video from one format to another. It can be frustrating finding the right tool for the job.  After all, you’re going to trust your precious media to a software program so you expect it will perform as advertised and be easy to understand. You also want to feel confident that it’s not going to install any unwanted code on your computer, which is not always the case.

I have been going through old family videos to edit and import into iMovie to create some video montages of different stages of my daughter’s life. Dance recitals, playful moments, school events and more—all very precious moments that I was determined to export to a common format, edit and assemble into coherent memories. We have a lot of footage of my daughter who is only nine years old. I knew this was going to be a huge project spanning years of footage, with lots of editing.  My motivation is I’m thinking I’d get a head start putting together a wedding presentation of old videos to play at a future reception. Everything from toddler through college is the game plan. I know I sound like an obsessive parent but you’re only a daddy once and memories are precious.

The challenge was that not all of these videos were shot with the same camera. Not to mention all the videos and photos we got from other family members and friends. An old JVC direct to disk cam, a Sony camcorder to digital tape, a Canon DSLR, iPhones, iPads, and more were all in the mix.

The MOD files created by the JVC camera was my initial problem, then DV and HDV from the old Sony. MTS and MPEG2 were also in there. I needed to move everything to MP4 including a bunch of .MOV files. The ability to convert MOV to MP4 is just what I needed.

I also have a bunch of images in JPG and PNG formats that I want to use with the Ken Burns effect.

Enter WinX HD Video Converter Deluxe. I felt like I hit the jackpot when I began exploring this utility. Yes it converts just about any format to any format but there is a lot more to this tool. Initially, I thought WinX HD Video Converter Deluxe was a PC only solution (based on its name) but when I learned that it is also available for Mac, which is my preferred platform I was ecstatic!

When my daughter saw the support for online video downloading and the ability to convert videos from YouTube, Vimeo and more she was all in. Not to mention the ability to download and convert music files. The YouTube feature had us distracted but since I am in some YouTube videos from my old drumming days I thought I would grab a couple of old performances I was on with Wayne Cochran on NBC’s Tomorrow Show hosted by Tom Snyder from the 80’s. I pasted in the URLs and WinX HD Video Converter analyzed and downloaded the videos in less than 30 seconds.  I’m impressed.

I got back on track to the task at hand and began looking into the supported formats. The list of supported formats is staggering. WinX HD Video Converter supports 320 input formats as well as multi-track HD and Blue-ray. Formats for every camera and device I could find are covered. This is the only tool I will need for my intended project and a number of other projects that came to mind while I was exploring the interface.

WinX HD Video Converter Deluxe can convert any 4K video.  Compress 4K video to 1080P up to 90% so they can be ported over and enjoyed on your mobile device. There is even a free download of the HEVC codec that will solve compatibility issues with 4K and 8K videos on PC and Mac.

There is a photo slide show creator for your favorite photos and you can add background music and voiceovers. Then you can convert your creations to a number of formats for sharing online, in email or texts or to your mobile device.

There is a built-in screen recorder which I can really appreciate since I used to create training videos when I was in the software support industry. There is nothing better than a good screen recorder when you are trying to teach new users the UI of a software program or just about anything that can be demonstrated on a computer screen.

The program also provides a fair amount of editing capability like the ability to clip, crop and merge individual videos into one.

4K VideosHEVC codecVideo ConversionVideo Editing
Previous ArticleHow to Get More Business and Increase Sales: The Basic Tips to KnowNext ArticleWHY SEO TEAMS AT ENTERPRISE COMPANIES CANNOT DO MOST OF THE SEO?