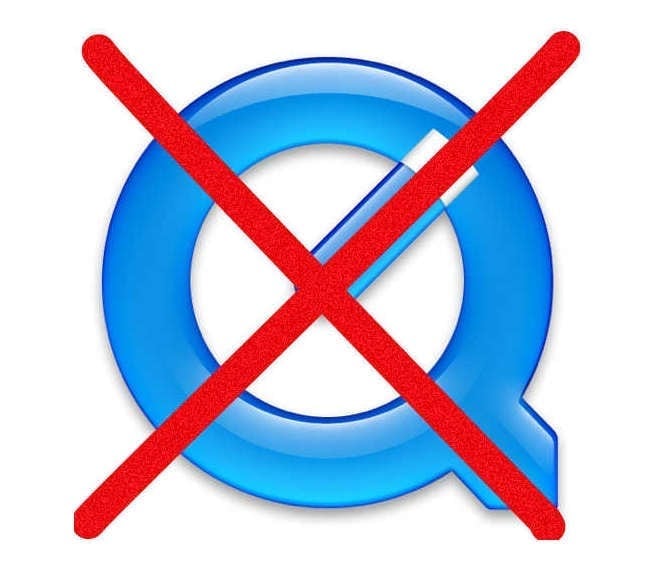 If you are a regular user of Apple iTunes, whether on mobile or PC, you probably have Quicktime installed. Apple Quicktime is a multimedia app that was originally designed by Apple to allow users to play audio and video files of all popular formats whether on mobile or PC. Programmed as a complex media player, It had been amongst some of the most used apps by Apple for some time but with the modern internet access, one seldom finds the requirement to watch videos with QuickTime. According to the download page of Quicktime, the app is available but it has not been updated for quite some time.

In the most recent talk of Apple to Microtrend, apple has revealed its decision to stop introducing updates to Quicktime for windows. In other words, apple is abandoning Quicktime on the whole and is withdrawing from the security accountability of the app. The cyber security threat hence arisen is considered so serious the USDepartment of Homeland Security and Microsoft have advised all Quicktime users to uninstall the app as soon as possible. The reason behind the drastic measures is the information of two possible security threats that has been made public through the release of directories ZDI-16-241 and ZDI-16-242 detailing the loopholes insecurity.  These are found to potentially allow remote hackers to completely gain control of the PC on which the multimedia app is installed.

Although no accounts of such an incident in which hackers have used this app to break into a system have come to light, users are uninstalling Quicktime in masses. The reason for the importance of  moving away from Quicktime is that it is considered wise to abandon software that has no future security updates. This means that any possible security concerns will not be fixed. The situation becomes twice as serious when the said software has known security vulnerabilities which is the case with Quicktime.

Apple deprecating Quicktime defenseless in the face of such serious security threats in the app is one of the indications that Windows users must uninstall the app as soon as possible. In case the user has some use for Quicktime and cannot do without it, he must be extra cautious while entering secure web pages as that is the path usually made use of by hackers to gain access. Without any more updates made by Apple to QuickTime, it will soon lose its appeal either way and users will ditch it eventually for the newer apps in the market.

The situation has once again proved that software is made to be abandoned at a certain time. With the lessening need of Quicktime by Windows users and Apple decision to deprecate it and Adobe is also taking steps to liberate its services from the requirements of Apple’s Quicktime. It is safe to say that Quicktime will soon be joining the long dignified list of software like Windows XP that everyone thinks of as obsolete.