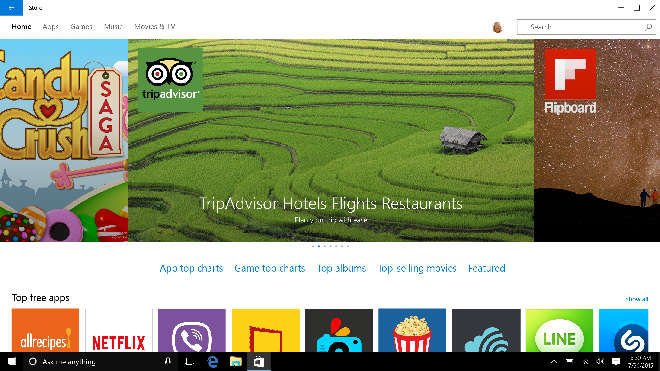 According to a report, Admins can no longer block the access to Windows Store in the Window 10 professional version.  Previously, IT pros could block access to their employees to Windows Store using Group Policy Controls. Windows 10 Pro has been updated and this functionality is no longer available to its users.

After the update, this functionality is now available only to users of Windows 10 Enterprise and Education editions.

Admins block the access of Windows Store for its staff because downloading additional software can cause problems with existing programs and lower the productivity of the staff.

According to the tech giant, this change was made according to “the design.” In a statement, Microsoft said “Windows 10 Enterprise is our offering that provides IT pros with the most granular control over company devices,”

“Windows 10 Pro offers a subset of those capabilities and is recommended for small and mid-size businesses looking for some management controls, but not the full suite necessary for IT pros at larger enterprises.”

According to John Harrison, owner of Harrison IT service, this update could cause problems for small business.

“Users like to change settings or try to install software by themselves. If they don’t know what they’re doing or don’t have the appropriate experience, they can cause all kinds of issues,” he said.

“You are going to have to educate staff, tell them not to use the Windows Store unless it really is relevant to the business. How do you manage that policy?”

In September 2015, Microsoft had reported that there were approximately 669,000 apps on the Windows Store. The company had also reported that within a year after the launch of Windows 10 300 million devices are being run using the OS.

The Windows 10 free upgrade offer for users of earlier versions of Windows will come to an end on 29th July.