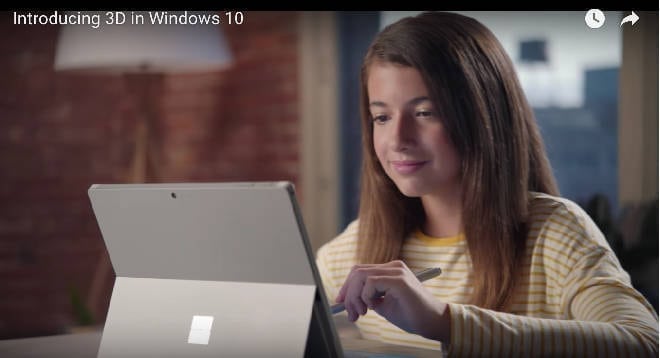 It has been observed that Microsoft is dipping its toes into creativity with the introduction of Surface Studio. A number of other new features were also announced in the press conference last week. The most noteworthy among them was the Creators Update. Microsoft has made a great number of changes in Windows 10 in the new update in order to give more power and freedom to the users. Some of the main features will be covered in this article.

The notifications panel known as action center in Windows has had some of its quick actions refreshed. The biggest change that will be appreciated by the users is the introduction of volume and brightness slider bar that will allow you to make adjustments in smaller increments as compared to the previous 25% changes.

Windows already provided the option to choose your specific color for the taskbar but Microsoft has added a range of accent colors that let you customize the taskbar and other user interface options as per your liking. Microsoft has also added a number of themes in the Windows store to further personalize your device.

Microsoft has introduced MyPeople by integrating your favorite people right into the taskbar. This also extends to the widgets that let you send a quick Skype message or email to your favorite people and also allows you to switch between Skype and email within the same window.

It looks like Microsoft is working on a separate Groove Music Maker app. It’s designed simply by keeping the touch system in mind and lets you select music riffs from a library. You can add different instrumental sounds as well as alter the beats per minute and length of musical tracks with ease.

Microsoft mentioned that it might be bringing better pen support for Word. It looks like it is finally here with the new Creators Update. This will make manipulating and deleting text in word much simpler and will also allow you to leave comments on documents in just ink.

Microsoft appears to be making some changes to its Edge browser with the Creator Update. Edge has a tab browser option which lets you navigate current tabs by expanding the page preview option. Microsoft also appears to be working on a session manager for Edge, allowing you to restore tabs from before you rebooted or closed Edge. This will include tabs that were open days or weeks ago.

The Windows Defender is also being updated in the Creators Update. It currently exists as a win32 app in Windows 10 but it appears that the new defender app will be like a universal app. This will be a huge step in the prevention of the tiresome process of shifting between the modern app and the old desktop one for basic settings in Windows 10.