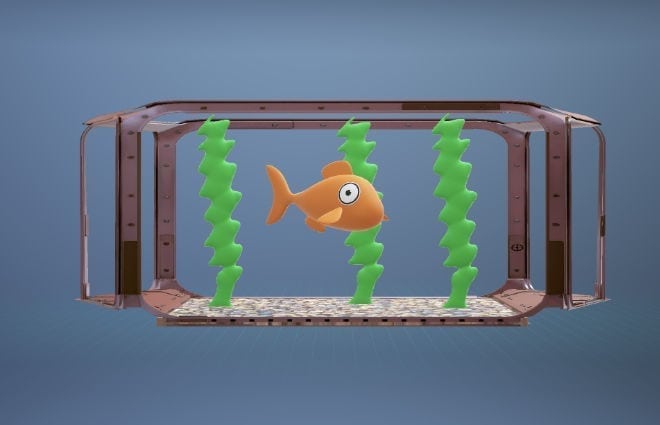 The much awaited Windows 10 Creators Update was released today.  This is a significant update that is described by Microsoft as follows.

“Today, I’m excited to share our latest update to Windows 10, the Creators Update, will begin to roll out on April 11. The Creators Update is designed to spark and unleash creativity, bringing 3D and mixed reality to everyone and enabling every gamer to be a broadcaster. Beyond creativity, it brings new features to Microsoft Edge, additional security capabilities and privacy tools, and so much more.”

3D for Everyone enables a mixed reality experience.  The new Paint 3D app is included in the update and allows the user to create 3D objects from scratch or by converting a 2D image into a 3D object.  Changing colors and textures is easy. Microsoft states that 3D as an industry is expected to grow by more than 62% by 2020.  This makes sense since 3D is a much better representation of the real world we live in. If creation from scratch is not your thing, Remix3D.com offers pre-made 3D art. There is a growing online library you can share your own creations with the Remix3D community.

The Windows 10 Creators Update enables an immersive experience combining the real world with virtual reality. This will be made possible with mixed reality headsets from a number of developers including Acer, ASUS, Dell, HP, and Lenovo. The headsets have builtin sensors that allow for six degrees of movement. No external markers or sensors are needed. Mixed reality apps are under development using the recently released Windows Mixed Reality developer kits.

The headsets are expected later this year and will sell for $299.

Beam facilitates streaming of gameplay.  You can watch, participate and interact in real-time by using the built-in game broadcasting capabilities in Windows 10 using the Game Bar. Just hit Windows + G, click on broadcast and you’re streaming your gameplay on Beam.

Unify Xbox Console Players and Windows 10 PC users with Xbox Live and Xbox Play Anywhere.  You can buy a game anywhere and play it on either platform. With Beam’s ultra low-latency no additional hardware or software is needed.

Windows 10 Game Mode improves your gaming experience by dedicating more of the system’s resources to your PC’s games. Game Mode can be applied to any game

Microsoft says Edge is faster and safer.  It is also the default reader for content in the With better browsing and entertainment in the Windows Store. Microsoft says that Edge is the best browser for Windows 10. They are also claiming it is safer and faster than Chrome.

Nightlight reduces the blue light emitted by your screen you should sleep better.

Mini view lets you keep a small window on top of whatever you’re doing.

Screen time limits for Windows 10 now show similar controls for Xbox One. This allows parents to manage their child’s screen time. Windows 10 will even provide a report letting you know what and how much your child played each week.

This is a new service that provides a suite of protections. The dashboard provides visibility of your security, health, and online safety.

Check out this video for a more in-depth presentation of the Windows 10 Creators Update.