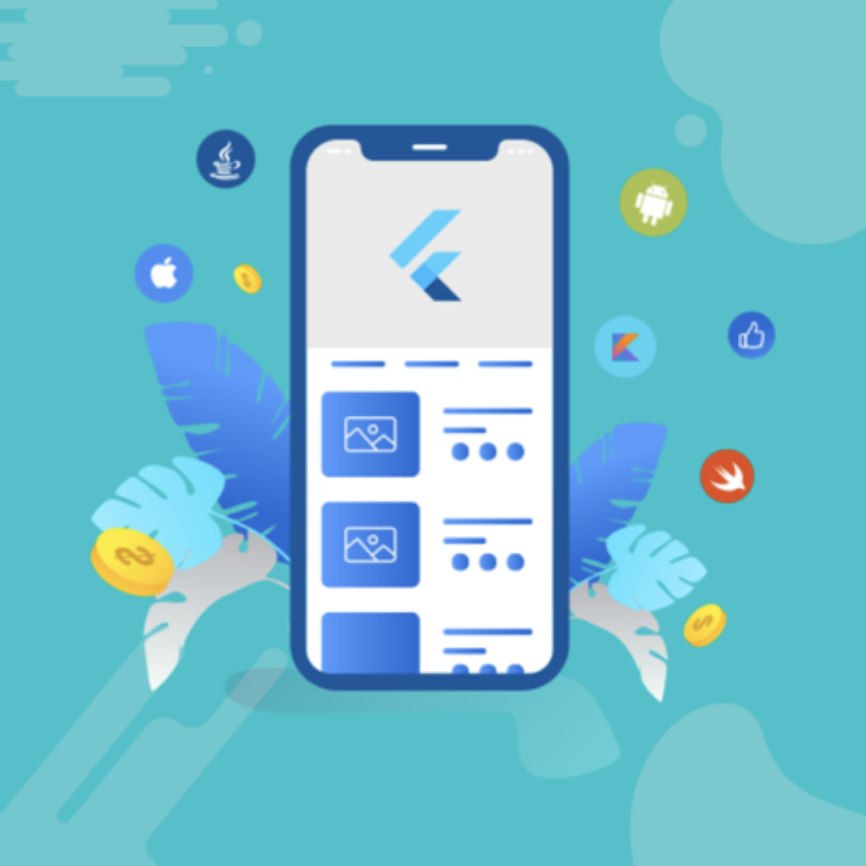 In the present era where the ecosystem of technology is continuously evolving, the digital market entrepreneurs are experiencing a cut-throat competition. Any wrong mobile app development platform choice would bring only and the only failure for an entrepreneur planning to trade via the online bazaar.

Startups can aggrandize their mobile applications using the right technology along with the features essential for success. With too many cross-platform frameworks in the market, you may not be able to pick the best one.

Now, before discussing which cross-platform framework to choose, first, let us discuss on 5 crucial keys which would make your mobile app successful:

Always remember that you should opt for cost-effective trending technology that not only is capable of sufficing your business needs but also can evolve with the changing market needs. Yes, you have guessed correctly, Flutter is the technology that provides above-stated features.

Launched by Google (2018), Flutter is a dynamic, open-source SDK (Software Development Kit) with a complete set of integrated widgets as well as tools for developing high-performing, scalable and robust mobile apps faster with the most excellent scrolling behaviors, icons and typography for multiple OSs through a single codebase.

As Flutter is dependent on the in-house language of Google – Dart, developers having sound knowledge on languages like JS or Java, can in no time understand and become skilled at this language. This exceptional app development tool has been force stuffed with a set of Material Design and Skia graphic files for creating immaculate and incredible mobile apps allowing transitions at lightning speed and has been integrated with the best design elements, which can match perfectly with iOS and Android’s native self.

Leveraging the power of Flutter, developers can access a complete range of libraries, pre-designed tools, single code base techniques, and hot-reload features for developing cross-platform applications for startups that could be launched on both Android and iOS simultaneously. So here are significant advantages that can be achieved Flutter app development:

Now, when all the benefits of using Flutter have been discussed, it’s time to throw some light on reasons why startups and entrepreneurs should opt for Flutter for developing a sturdy and outstanding mobile app for their online business.

Why Choose Flutter for Developing Mobile Apps for Startups?

Flutter makes it possible for startups to penetrate the digital market with feature-rich and exceptional mobile apps without the need of digging the pocket too deep. Reasons to choose Flutter for developing mobile apps for startups are:

Considering the big challenges that Ionic, as well as React Native, have faced along with app performance and user-experience, Flutter emerged with great app development ways by which new vision can be provided to products developed across cross-platforms.

Both cross-platform development, as well as native app development, are different from each other. Hence, by perfectly bridging the gap amidst the two, in implausible ways, Flutter helps in amplifying user experience for startups.

2. For Attracting Investors with Intuitive Designs

Every startup needs to attract its investors for acquiring adequate funds. Accompanying an enormous series of powerful designs and enriches user-interface features, Flutter can draw in investors and customers alike.

Flutter is also capable of giving the same essence as that of native apps as it surfaces a plethora of robust customized widgets and interfaces for iOS and Android enabling the developers to create a crisp and picture-perfect user experience.

Dart, the object-oriented language of Flutter, makes use of advanced compilation procedures. Other than this, Dart can compile into the native code even in the absence of any bridge-like JS. This perceptibly speeds up the startup time of the application. As backed by Dart, apps developed using Flutter need not have to pass through the JS Bridge to communicate with the native platforms. Furthermore, Flutter uses its own widgets; hence it doesn’t require OEM widgets

4. For Boosting Productivity By 10 Folds

With Flutter’s incredible hot reload feature, the developers can right away fix all the occurred errors at the time of development. They need not redeploy or recompile the code. Also, new features can be included rapidly as per the business requirements. Hot-reload feature boosts the efficiency and permits the developers to perform multiple experiments instantly so that the startups can boost their business’s productivity by ten folds.

Firebase can be integrated by Flutter. The biggest benefit to startups from Flutter is that they can get strong and secured cloud storage which the Google Firebase supports. As everything gets stored on the clouds, the developers can stimulate the consistent delivery of services and products.

With Firebase facilities like robust cloud storage, services for immediate database management, authentication, and hosting, Flutter platform gets a powerful backend. Firebase, other than this, makes the infrastructure of the app serverless, scalable and redundant that means that startups need not have to spend resources for the development and deployment of the backend for meeting the business needs via a single approach. Firebase

6. Certain Things Need to Be Considered While Choosing Flutter

Flutter framework is still young and evolving day by day. Hence, it is certain that Flutter will have some cons and they are:

Irrespective of all the above-stated cons, the Flutter framework is completely reliable. Being a framework of Google, it focuses basically on rendering native-like productivity, performance as well as complex visuals.

As per the current scenario, it is expected that demand for the Flutter platform will grow, and, in the future, most of the developers will prefer this platform for developing seamless and robust apps. Alibaba, Dream 11, and EntrenaPro are three successful mobile apps that have been built using Flutter. Consequently, you can say that Flutter is the best solution for mobile app startups for reaching business goals and flourishing.

About the Author: Ankit Patel is a Marketing/Project Manager at XongoLab Technologies LLP which is offering top-notch mobile apps development services globally.  As a hobby, he loves to write about new & upcoming technology, business, and marketing. His write-ups have been published on popular platforms like TechTarget, SmallBizDaily, JaxEnter, Social-Hire, TorqueMag, and more.

5 Essential Factors That Affect the Cost of Mobile App Development