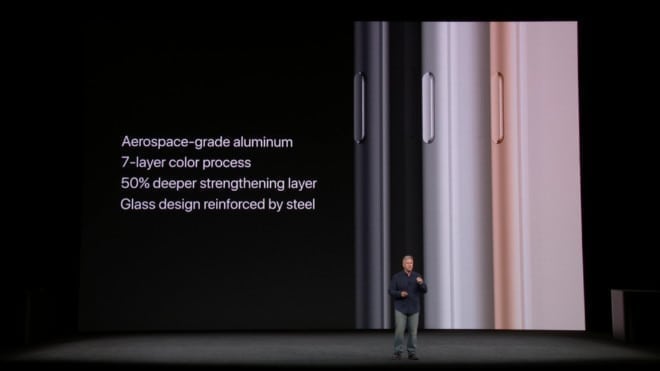 The iPhone X was released this Tuesday alongside the iPhone 8 and 8 Plus. But what happened to Blush Gold? This release marks the tenth anniversary of the first iPhone launch back in June of 2007. The late Apple CEO, Steve Jobs took the stage and gave us perhaps one the most memorable moments of the 21st century. But many realized that Apple only gave viewers two color options: Space Grey and Silver.

Back in 2015, Apple unveiled the iPhone 6s and added a new color option that would stick with the iPhone 7 and 7 Plus through 2016, Rose Gold. Customers fell in love with the new color. Heck, even I liked it, and I hate pink. It was a mixture of a metallic copper color and some sort of “hipster pink”. Point is, the color was really nice. This year, Apple unveiled the iPhone 8 and 8 Plus in Space Grey, Silver, and Gold, skipping the Rose Gold color option.

The iPhone 8, 8 Plus, and the iPhone X were supposed to come in three or four colors: Space Grey, Silver, Gold, and a new “Blush Gold” (similar to Rose Gold but a bit darker and shinier). This was after weeks of rumors and speculation. Many were excited about it, but Apple never mentioned the new color option.

Why No Blush Gold?

MacRumors stated that this change could be because of manufacturing difficulties that Apple faced with the iPhone X. Getting the right color texture and hue is a very difficult process. Apple stated in their presentation that the iPhone 8 and 8 Plus glass has 7 layers of color to ensure maximum saturation. Maybe that’s why Apple has let go of the Jet Black color option as well. Apple is already having difficulties with preparing for the iPhone X launch. As indicated by moving it to a late November date. With production only being able to produce a mere 10,000 units a day, definitely not enough for a launch this big. Many speculate that it will take weeks, maybe months, after the release to get an iPhone X without a pre-order.