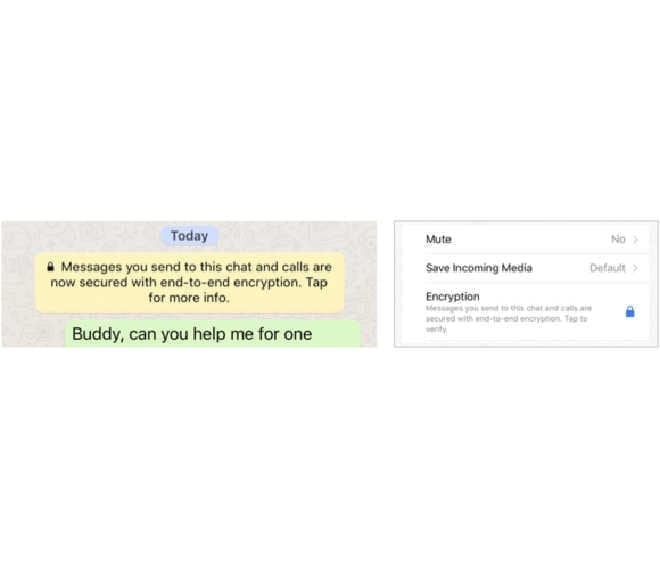 WhatsApp also announced last week that users will be provided with end-to-end privacy. This WhatsApp privacy initiative ranks the FaceBook owned text, video and voice service ahead of Apple’s iMessage and FaceTime in terms of encryption.

WhatsApp also announced last week that users will be provided with end-to-end privacy. This WhatsApp privacy initiative ranks the FaceBook owned text, video and voice service ahead of Apple’s iMessage and FaceTime in terms of encryption.

The Electronic Frontier Foundation has created a scorecard for messaging systems. This scorecard has seven criterion on the basis of trust for the user.

Apple scores 5 out of 7 for iMessage and FaceTime

The four criterion that Apple checkmarks are encryption in transit, the provider cannot decrypt the messages, proper documentation of how its system works, and an outside audit has been performed in the last 12 months, whether the results are public or not.

The WhatsApp app also checkmarks that there is no eavesdropping on the encrypted session and no one can decrypt an encrypted message. The only criterion that WhatsApp does not checkmark is that it does not make available its source code to others to change it.

What is Forward Secrecy and how does WhatsApp provide it?

Forward secrecy is a property of secure communication protocols in which if the long-term encryption key is compromised the past encrypted messages cannot be decrypted. WhatsApp has implemented forward secrecy by creating a new key for each message in the conversation.

A white paper released by the firm notes

Another advancement that WhatsApp has made in its system is that it makes it very easy for the parties in the conversation to verify that there is no snooper in the system. WhatsApp makes sure that the messages are encrypted and that there is no ‘man in the middle’ attacks by using an optical verification step to confirm that both parties of the conversation are in the same session. Eavesdroppers will not be able to get access to the conversation because the encryption key cannot be forged.

Apple, Google and other messaging app providers should follow the example set by WhatsApp and try to provide their users with a more secure connection.