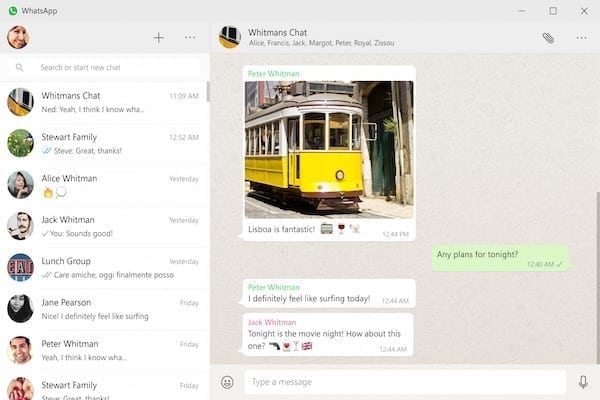 WhatsApp has launched WhatsApp desktop app for Windows and Mac. This messaging service allows users to chat with their family and friends without taking out their cell phones from their pockets.

Last year, the company released a chrome extension that allowed users to access WhatsApp via their desktops. This web client was an extension of the mobile app. Users could only send and receive messages while they were live on their phones.

The newly launched desktop app is similar to the chrome extension. Like the chrome extension, it is also an extension of the mobile version and mirrors conversation and messages. Users need to have WhatsApp on their smartphone device so that their account can be synced to the desktop version.

The main difference between the chrome extension and the WhatsApp desktop application is that the desktop app will run on all desktops instead of a specific browser.

WhatsApp desktop app also permits users to use keyboard shortcuts and receive notifications. This allows users to access their WhatsApp messages without having to tap their phones.

WhatsApp desktop app is available for users who have PC’s running on Windows 8 and higher and Macs running OS X 10.9 and higher.

Users can download the application directly from the website. The application is also available in the app stores. Mac users should save their app to Applications so that they can access WhatsApp with ease.

You can now start using WhatsApp on your desktop without having to take your smartphone out of your pocket.