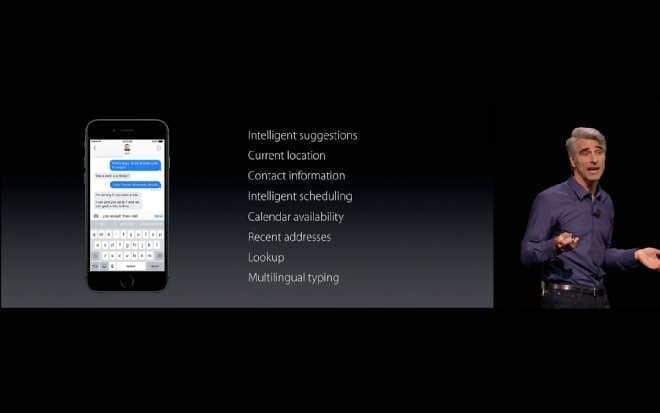 The new version of Apple’s iOS is finally here. Since the release of iOS 9, Apple has had a couple of obstacles to overcome. Today, Apple announced its new version of iOS, iOS 10. This new version comes with a whole bunch of brand new features that we can’t wait to play around with.

Apple has decided to redesign some parts of the iOS interface including the way notifications look and work, the size of emojis, and new icons. The lock screen brings some new features with the camera accessible with a simple swipe from the right and weather, calendar, etc. available with a simple swipe from the left. Control center gets a revamped look and a new music controller.

A new “raise to wake” feature allows you to see your lock screen notifications with a simple raise of your device. 3D Touch now works with more apps including 3rd party apps.

Siri is now more intelligent than ever with new 3rd party app functionality, such as calling with WhatsApp, integration into iMessage, and many more features. Siri is now open to developers. Also, Siri now works on Apple’s new desktop operating system, macOS Sierra (named after the iconic Sierra Nevada Mountains in California).

iMessage was undoubtedly one of the largest topics at WWDC 2016. A ton of whole new features are coming to iMessage on iOS 10. Apart from the fact that one doesn’t need to change between language keyboards when typing, iMessage brings bigger customizability to messages. You can now use 3rd party stickers that can be downloaded on the App Store. Emojis have become 3x bigger and a new “Rich Link” functionality has been added that allows one to watch a video or read an article right from the iMessage app. QuickType now predicts emojis and the “Tap to Replace” function gives you the option to replace certain words in a message with emojis. Bubble effects are just what they sound like, giving really cool effects to a message bubble such as Invisible Ink and size adjustments. Full Screen messages allow you to take over the whole screen when sending messages such as lighting up some fireworks on New Year’s. iMessage is now open to developers as well.

Apple’s new Home app is undeniably simple and very pretty. It allows for your iPhone or iPad to become the control center for all of your HomeKit devices. Certain functionalities, such as the “Good Morning” button, allow you to automatically customize your lighting, temperature, and custom settings.

A new feature on the revamped Photos app called Places allows you to see where you’ve taken certain photos on a map. Photos can now be arranged using face detection (which sounds a little creepy to me) or object complication, meaning that you can search for photos just by searching for a certain object (horse, water, mountain, etc). These pictures are clustered automatically into trips, people, topics, etc. in the Memories tab. The app automatically creates a fun, little movie with customizable music and length. The Maps app gets a new redesign and adds a new feature to CarPlay with navigation now visible in the driver’s control screen. It is now open to developers. The new Music app comes with a couple of new features including lyrics and a new redesign. The new News app also comes with a redesign, more personalized folders and topics. A new Breaking News notification function is available as well.