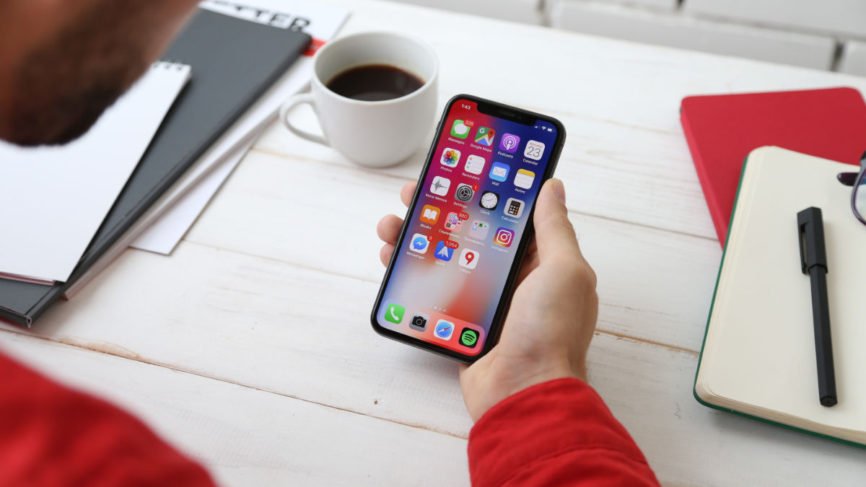 Photo by Yura Fresh on Unsplash

There is no doubt that the use of mobile devices has been surging rapidly over the years. According to the Pew Research Centre, more than 95% of Americans own cell phones at the beginning of 2019 — up from 35% in 2011. eMarketer found that an Adult American spends an average of 2 hours and 55 minutes on their phone each day, with 90% of the time spent within apps.

With that being said, having an online presence that caters to mobile users is becoming increasingly important for companies who want to increase their reach.

In 2018 alone, there were 194 billion worldwide app downloads, and consumers spent $101 billion in the Worldwide App store — making the app market a big potential for profit. It isn’t surprising that an increasing amount of companies want to build their own apps to capitalize on the opportunity. However, companies planning to launch an app should be aware that a poorly executed app could have a negative impact on the consumer’s perception of the brand.

If you’re planning to launch a new app or revamping an existing one, here’s what you can learn from the best-branded apps of 2019 to ensure the success of your own:

Target’s app revamp involved changing the user interface to make the app easier to navigate and allow customers to find products much faster than before. “We believe [slide panel navigation] is intuitive for guests and allows us to provide easier access to more tools and functionality,” Mr. Baeb said. Users were able to slide out the panel and quickly select product categories or map functions to enhance their in-store experience as well.

While it’s important to make your app stand out from the millions of apps available in the app store, you should always keep the user experience in mind. It’s tempting to try creating an app that does everything, but an app with too many feature categories can be overwhelming for first-time users and frustrating if the user interface isn’t intuitive to use. It’s best to keep the app simple and uncluttered while allowing the users to easily navigate the app without much help.

Airbnb started off as a way to find alternative, less pricey accommodations when traveling on a budget. However, people’s views on traveling have changed over the years and their values place an emphasis on living like a local during their trips. In response, the app has also evolved to provide its users with personalized recommendations based on the user’s travel preferences. Not only does the app allow users to search for unique accommodations (of all price tags), users are also able to search up activities hosted by local guides to get an authentic experience of the city they’re visiting. The fact that Airbnb changed its platform based on the market trends and the user wants lends to the success of the app.

People are constantly asking for new features, so companies need to listen to what their users are looking for and solve problems that they actually have. By adapting to your target users, you’re more likely to add value to the app and encourage repeat usage over time.

However, app developers also shouldn’t limit themselves from thinking outside of the box when developing new updates. They should also look deeper to see where the customer wants are stemming from and come up with solutions that fulfill needs they didn’t know they had.

The Sephora app was built as a one-stop-shop for discovering new products, making purchases, accessing the Beauty Insiders loyalty program, and getting access to the newest beauty trends. However, they hit a snag when they decided to launch in the Southeast Asian market — the app was performing slowly due to connective issues common in the area. In response, Sephora invested in boosting the performance of the app in Southeast Asia and saw immediate results where 70% of the bad connections were rescued and the app was able to run two-times faster across 3G, LTE, and Wi-Fi networks. In turn, this allowed users to have a smoother mobile experience.

An app that loads slowly, responds poorly, and often crashes before you can complete an action is not appealing. In a world where people expect instant gratification, apps that don’t give immediate results are often blacklisted and the user moves on to the next app. It’s important to ensure that your app is responsive and carries out functions as expected to keep users engaged and encourage them to continue using the app.

Starbucks ran a campaign to encourage users to share posts of their products on Instagram for a chance to be featured on the page. This user content drives more post shares and attracts more people to visit their page to view more posts. When they click through, they’ll also see a download link for the app is included in the brand bio so that users can get the app immediately for more information on upcoming products. This also doubles as a chance to convert these users into Starbucks Rewards members (their loyalty program). This campaign has helped Starbucks create user-generated content as well as increase app downloads.

As you can see, the key to a successful app isn’t always within the app itself. Companies need to market their apps on multiple platforms to get the word out and entice new users to download it. After all, why make an app if no one is going to use it? By including subtle CTAs that add value to your users, you can pique their interest and coax them to install the app.

Don’t Create Your App in a Vacuum

Building a successful app is no easy task, and requires a lot of planning, research, and dedicated resources. These lessons from notable brands are a good starting point for companies and can be used as a reference as they hone in on their specific market’s unique needs and build an app that best tailored to them.