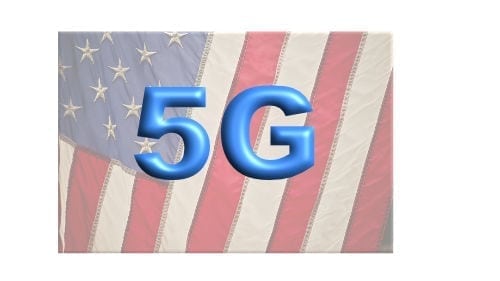 What You Need to Know About 5G

You’ve likely heard the big phone and tech companies talking up 5G, the next generation of mobile connectivity technology. The U.S. government is even floating the idea of building a national 5G network, though not everyone thinks that’s a great idea.

But what exactly is 5G? Here’s what you need to know about and how it could change our world.

Connect To The Internet – It’s Much Faster

Of course, 5G is fast, but it’s not just an incremental improvement over 4G. It’s much, much faster. The first 5G modem from tech company Qualcomm could provide peak speeds of up to five gigabits per second (Gbps). According to the International Telecommunication Union, or ITU, 5G devices should be able to provide a download capacity of up to 20 Gbps.

4G speeds top out at around one Gbps, making 5G up to 20 times faster. At those speeds, you could download a full HD movie in just a few seconds. And that’s just the early versions. As the technology improves, the speeds will only increase.

Capacity Will Increase, Too

5G is about more than just speed, though. It will also increase capacity, which is crucial as more and more Internet-enabled devices come online. ITU standards say 5G will be able to handle as many as 1 million devices per square kilometer. That means next time you’re at a large event where a lot of people and devices are using the network, you won’t experience a slowdown like you might with 4G.

The next generation of communications will also have low latency, meaning devices will be able to communicate much more quickly than they could have before.

It Goes Beyond Smartphones

These improved capabilities will be crucial as more of our devices — and the daily activities they enable — rely on Internet connectivity. 5G might eventually replace the WiFi network in your home, but it will also power the Internet of Things (IoT) devices of the future.

New cars, for example, now often come with the capability to connect to the Internet. This ability will play a huge role in enabling self-driving vehicles. Cars need to be able to communicate with other cars and devices via reliable, high-speed connections to enable safe, effective functioning. Plus, everything from thermostats to lawnmowers to electric meters can now connect to the Internet as the IoT revolution starts to take hold.

Full Implementation Is on Its Way, but It Will Take Time

The future of wireless communications certainly looks promising, but that doesn’t mean the transition to the next generation will be easy, quick or inexpensive. While communications companies won’t need to invest in sprawling physical infrastructure, they will have to ramp up their data capacity.

Price of Connecting Your Devices

These upgrades and the improved performance they enable will come at a cost. Sprint recently indicated its unlimited data plans would increase from $50 or $60 to $70 or $80 when making the jump to 5G.

Sprint also said it plans to start rolling out its 5G service nationally during the first half of 2019, while other carriers have said they’ll begin launching theirs in late 2018.

Even once the service is rolled out, it will take some time to become as common as 4G is now and deal with any possible bugs. One advantage it does have in this area is that it doesn’t require installing new infrastructure, which will speed up deployment.

While some of the details aren’t yet clear, we know for sure 5G is on its way, and it’s going to be fast. Not only will it speed up our smartphones, but it will also enable the plethora of new connected devices that will power the future.

Author: Nathan Sykes writes about the latest in tech and business from Pittsburgh, PA. To combine his love of writing and technology, he started the blog Finding an Outlet.