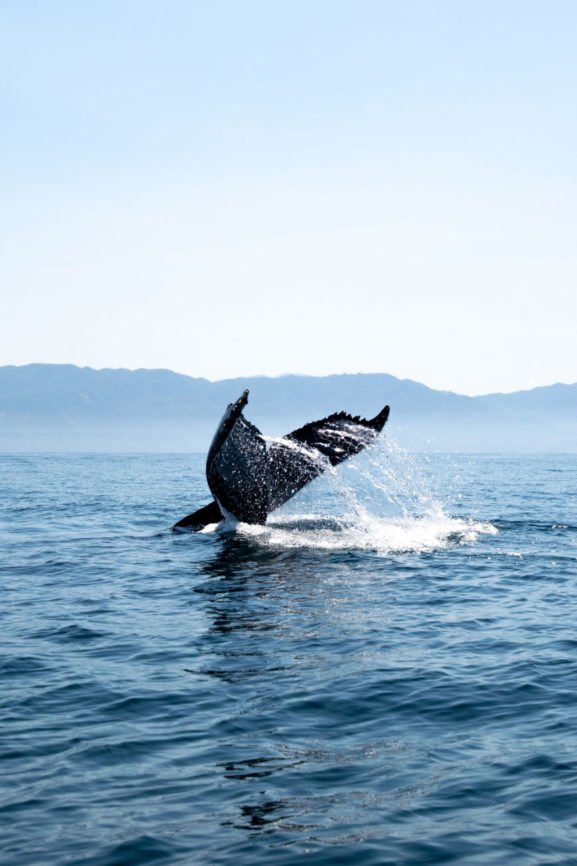 Photo by Paola Ocaranza on Unsplash

What Kind of Whales You May See During the Fall Season

Whale watching is often associated with summer weather and warm water. In San Diego, however, interesting species can be spotted all throughout the year. Those looking for the best blue whale watching San Diego has to offer may be satisfied well into October, but shouldn’t disregard the many other species that are likely to surface in the following months. Under normal circumstances, these species can be spotted during the fall season:

Based on an extensive fossil record, scientists have concluded that the blue whale is probably the largest animal to have ever existed. Yes, this statement even includes dinosaurs! Blue whales are so large, in fact, that simply viewing them on a screen doesn’t begin to do them justice. The best way to view these majestic creatures is by booking a whale watching tour. As you are awestruck by the scale and magnificence of earth’s largest animal, you will also have the opportunity to learn some of the lesser-known facts about these gentle giants.

In late fall, as they migrate south for the winter, humpback whales can be spotted in abundance from whale tours or private San Diego sailing charters. Humpback whales are among the most beautiful and interesting cetaceans and are easily identifiable by their distinct hump, bumpy skin, and white fins. Humpback whales have been found to communicate using songs that are unique to each pod, and are passed down to new generations as new calves are born.

While killer whales are very rare to spot in San Diego, it is possible to find them in November under the right conditions. Killer whales are powerful predators that need no introduction. Because they are massive, social, and intelligent, they have previously been highly popular as captive entertainment park performers. Recently, however, the public consciousness has shifted toward a preference for viewing them exclusively in their natural habitat.

Though endangered after years of commercial whale hunting, vessel collisions, and fishing accidents, fin whales are sometimes viewable in San Diego in the late fall. Fin whales are exceptionally social creatures and can be seen in feeding groups with different types of whales and even dolphins. For this reason, seeing one is often a spectacular event that you’ll want to tell your friends about.

Gray whales are another endangered whale species visible in San Diego from November through December. Gray whales have a unique appearance, with unusually short baleen for feeding, no dorsal fin, two blowholes, and a generally scarred, rugged exterior. Because they have recovered well in recent years, these whales are an extremely common sight on tours in Southern California.

With the right vessel and a knowledgeable guide, San Diego is an ideal place for a whale watching tour. Just because the summer has passed doesn’t mean that the time for spotting some of the planet’s largest creatures is over. While there is no telling what you will encounter on a given day, there are plenty of species that make their way through San Diego in the fall.

Everything You Need to Know About Owning A Yacht