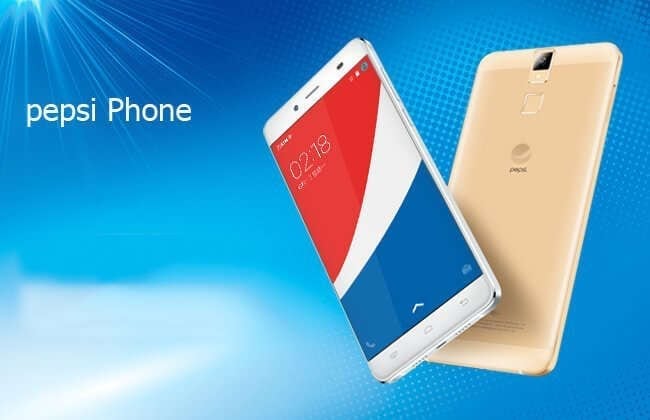 This is the first in a new series of articles we are calling “Weird Tech”.  There are some surprising developments in the world of tech and one of our contributors, Brian Garcia will be hunting them down and presenting them to you here. We hope you enjoy and remember to add your comments below.

Yes, you heard me right. Pepsi made a phone. It’s not like we expect Pepsi to NOT make a phone, right? It’s just as normal as Apple making apple juice (actually, that would be awesome and hilarious. Or could it become the name of a new Apple charger?)

Well, whether we like it or not, Pepsi has decided to make a phone. The soda company has teamed up with Chinese electronics manufacturer Shenzhen Scooby Communication Equipment to create the P1. While it’s obvious that the ‘P’ in P1 stands for ‘Pepsi’, the reason behind the making of the new smartphone is quite unclear.

The Pepsi-branded smartphone was unveiled November 19, 2015, by the Pepsi company and is set to be sold only in China. Therefore, it was not sold anywhere else. Backers had the chance to reserve the phone for $70 to $150. Pepsi’s crowd funding campaign achieved its goal of a little over $460,000 by December 3. The phone is expected to be released in India and China by the end of August and will cost approximately $200 USD.

The Pepsi-branded smartphone has a 5.5-inch, Full HD display with a pixel density of 400 ppi. The phone is powered by a Cortex A7 octa-processor, 2GB of RAM, and Mali 450 GPU. The phone runs a Pepsi-branded version of Android 5.1 Lollipop. The phone has a 13MP rear camera with face detection, HDR, GeoTagging, touch to focus, and Full HD video recording at 30 FFPS. There is also a 5MP front-facing shooter and a fingerprint sensor on the back. Three touch-sensitive buttons lie under the display which seems to be for Back, Home, and App Switcher. It is powered by non-removable 3,000 mAh lithium polymer battery. Connectivity ranges depending on your carrier but does support up to LTE. The phone appears to be available in gold and silver.

In conclusion, having a Pepsi phone is insanely awesome. I never thought that I would ever say that I actually want to try it out. The phone has very decent features and has a good battery capacity for the size of the phone. The design of the phone really surprises me for a company that focuses their market on something completely different. I hope to be able to use it after it has been released and I wish the best for Pepsi’s weird but extremely cool attempt to enter the smartphone market.