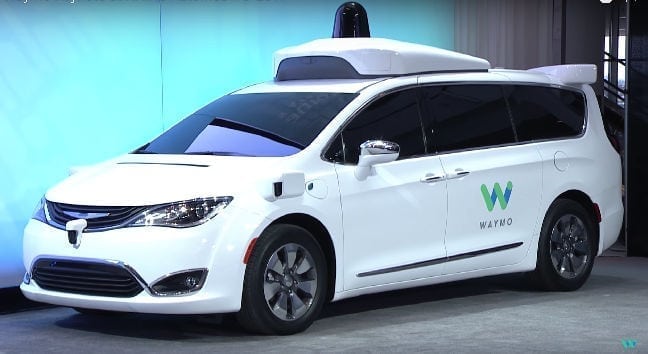 The Google self-driving car project became Waymo, which is an independent self-driving technology company that shares and moves forward with Google’s original vision.

When the project started in 2009 Google started with a Toyota Prius which was used to drive uninterrupted 100-mile routes.

In 2012 Google added a Lexus RX450h and tested the technology on freeways with test drivers. They also began testing on city streets in Santa Clara, CA under real world conditions.

In 2015 the project found Google designing their own self-driving vehicle known as “Firefly”. Equipped with sensors and computers and no steering wheel or pedals and no driver.

In 2016 after millions of test miles were driven the Google self-driving car project became Waymo. Currently, over 3 million real miles have been driven as well as over a billion miles in simulators the company feels ready for the next step. Test driving in four US cities is ongoing and include;

The Waymo website does a good job of explaining the technology which is made up of a combination of sensors, computers, and software.  Check it out here: https://waymo.com/tech/

The next first step for the company has been announced as a Public Trial in Phoenix, AZ. Beginning with 100 cars with plans to increase the fleet to 600 cars. The Waymo website explains how the Public Trial works.

We’re searching for early riders in parts of the Phoenix metropolitan area, including Chandler, Tempe, Mesa and Gilbert. Come join us in making it safer and easier for everyone to get around!”

You can signup for the public trial at waymo.com/Apply

If you participate in the Waymo Public Trial, drop us a line in the comments field below and let us know how it goes.

Check out this Keynote to learn more.