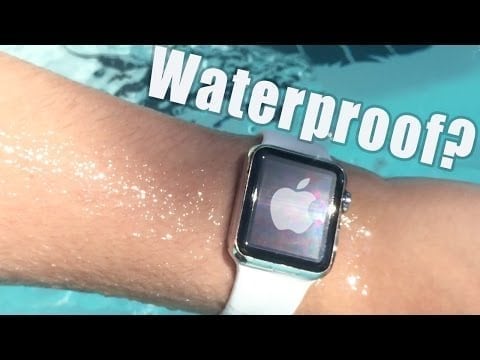 Catalyst has in the past produced accessories for Apple products with the most notable being its waterproof cases which have been lauded by critics and tech publications. The accessories firm announced that the new waterproof Apple Watch case allows full access to the touchscreen and physical controls along with the heart-rate monitor and inductive charging dock. During an enthusiastic press release, Catalyst boasted of the IP68 rating received by their product. The numbers in an IP rating signify resistance to dust and moisture with the highest rating awarded for products which are dust tight and protected against long-term effects of pressure due to immersion in liquid beyond 3 meters.

The case also meets MIL-SPEC standards for drop protection. The waterproof Apple Watch case is designed with an elevated bezel which would protect the glass from scratches in the event of a fall from a significant height. Impressively the extra protection does not come at the cost of utility. The cases were designed to accommodate all the sensors on the Apple Watch’s underside, which include the health monitoring features, furthermore the case can even work with the Watch’s rotating Digital Crown. Users won’t be hindered whatsoever when using the touchscreen controls and due to this, use of the case along with the watch feels totally immersive. There are also ports for speaker output and microphone input, key features that enable voice calls, alerts, and haptics.

It appears, however, that Catalyst’s case must be used with the provided nylon NATO quick-release style wrist strap, as Watch’s magnetic band slots are inaccessible.

It is touted that the case “completely protects” the Apple Watch from the “corrosive nature” of saltwater while Catalyst has prepared several how-to videos to aid in the installation of the case along with directions for running the case through a waterproof test before using it with the device.

Catalyst’s waterproof Apple Watch case is limited to 42mm and is available for pre-order in three color combinations: all-black, white housing with green controls or gray housing with red controls. Shipping is expected to start in November.

In addition to Apple Watch, Catalyst also announced a waterproof case for iPad Air, a MultiSport Mount for iPhone 6 and 6 Plus and a belt clip add-on for its iPhone case lineup.