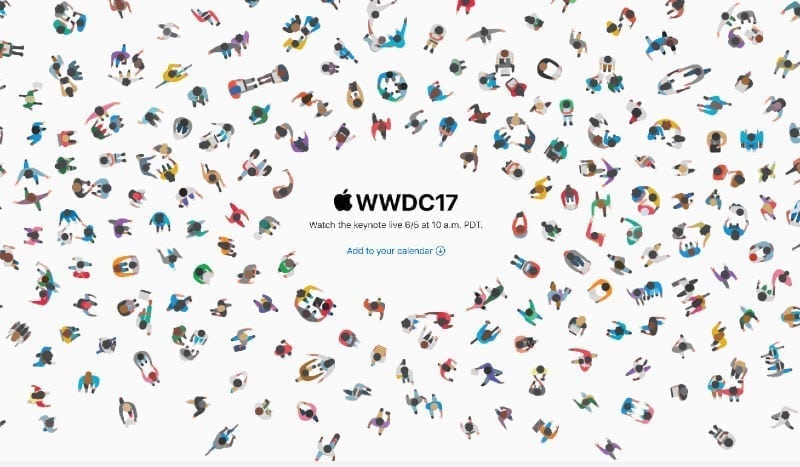 Just days away from the annual Apple developer event of the year, Apple has confirmed the June 5th date as the date for the WWDC streaming Keynote event.  We have heard this date mentioned multiple times in the past few weeks.  Apple has set up a page that now officially lists the date of this event.  The announcement is complete with a .ics file so you can easily add it to your calendar. This event was previously available from the developer’s website but Apple has decided to make the stream more widely available.  As with previous events you can also view the keynote and video sessions via AppleTV through the Apple Events app.

This is an exciting time for Apple fans and developers.  Lots of anticipation of what will be introduced and disclosed. A time to sort out the facts from the rumors and learn what has been happening on the developer side of Apple for the past year.

It is a given that we will find out more about upcoming new versions of the various Apple operating systems; macOS, iOS, watchOS and tvOS.

In recent news, we have heard that Apple will be announcing new MacBooks, MacBook Pro and an upgraded MacBook Air.

The new iPad Pro in the 10.5” configuration is also expected to make its debut. It is expected to have a bigger screen and smaller bezel.  An updated 12.9 inch iPad Pro should be announced as well.

There are a lot of rumors in circulation regarding a new Siri Speaker. This should be Apple’s answer to Amazon’s Echo and other Smart Home Assistants. After Phil Schiller’s remarks about how a smart home digital assistant begs for a screen and then Amazon’s release of just such a device, I am hopeful the Siri Speaker will include a Touchscreen. Better yet would be an option to interface directly with AppleTV, which I personally feel is the ideal location for a Smart Home Digital Assistant.

We are looking forward to this event partly because it will put the rumors to rest. It will also give us a first-hand look at what the Cupertino Company has in store for us.