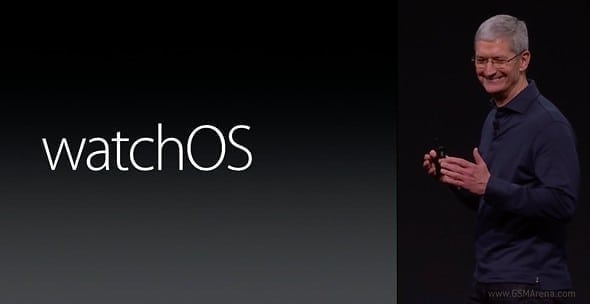 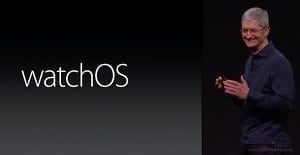 For some time now Apple fans have been speculating about a new Apple TV streaming box and streaming service. Many of us thought that today would be the day that Apple finally unveils the new Apple TV. Unfortunately for many of us in the tech world, that didn’t happen. What Apple did bring us was enough to satisfy that crave for a new revolutionizing product we all had before WWDC. The Apple Watch was released this April after its announcement in September of 2014. Similar to Samsung’s Gear line of smartwatches, the Apple Watch could only work with its ‘brother’, the iPhone. The Apple Watch’s OS, Watch OS, was a revolutionizing way to control and display different apps and watch faces. Today at WWDC 2015, Craig Federighi, Apple’s Senior Vice President of Software Engineering, announced  Watch OS 2 for the Apple Watch only months after the release of the first Watch OS. With this release, native apps come to Apple Watch.

The new Watch OS brings many new features to the Apple Watch that has many more potential customers wanting one since its release. One of its new features includes better and larger customization of the watch faces. Apple calls this Photo Face, a feature that allows you to utilize a photo from your Camera Roll or even an album of photos, as a watch face on the Apple Watch. Apple has also provided a list of time lapse videos that can be selected as a watch face too (London, Paris, NYC, etc.). With the new Watch Kit, developers can now add their own watch faces to the Apple Watch app store. They can make and change their own complications for the watch face including the flight time, charge level of their electric car, sport scores, etc.  A really cool feature of Watch OS 2 is Nightstand Mode. This allows you to set an alarm on your Apple Watch as you charge it overnight. Once you plug in your Apple Watch to its connector and set it on its side, it will automatically set itself into Nightstand Mode. The digital crown serves as the Snooze and off button.

Finally, Apple has made major improvements to Siri on both Watch OS 2 and IOS 9. Siri can now start your workout, remind you to do things when you get to a specific place, and many more things. Watch OS 2 now allows you to watch videos on the Apple watch and has access to HealthKit.