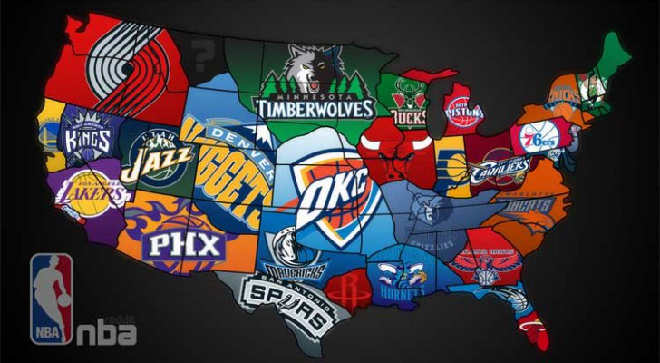 The 2016 NBA finals are just around the corner. The fixtures start this Thursday, the 2nd of June, with the Cleveland Cavaliers already having won the Eastern Conference. We, however, won’t know who they will face until after Monday night’s game between Oklahoma City Thunder and Golden State Warriors.

For the Monday game, you can use the official TNT app to stream the fixture if you’re a U.S. cable subscriber. However, this service is limited to cable users as it requires you to log-in with your cable provider before you can start viewing anything.

As soon as the NBA finals commence this Thursday, coverage will switch over to ABC. Again there are a couple of options to stream to your iPhone. For anyone having a cable subscription, you can use the Watch ESPN app. You can also use the Watch ABC app if it is available in your region.

It is also worth noting that Watch ESPN and Watch ABC support Chromecast and Airplay, allowing you to stream the contents of your phone to a supported TV.

All of the necessary games for the NBA finals will air on ABC. Exact timings are not listed yet.

On the other hand, the NHL championship match is already decided and the finals commence with game one on Monday night at 8 p.m. Eastern. US viewers can watch the Stanley Cup Final on either NBC or NBC Sports Network whilst Canadian viewers will have to turn towards CBC for the fixture.

The finals will be played between the San Jose Sharks, who’ve made it into the finals for the first time in their history, and the Pittsburgh Penguins, who already have three Stanley Cup victories under their belt.

If you are an American, you can stream all the matches through the NBC sports Live Extra app. Again, you must be logged in through a cable provider.

Over in Canada, you will have access to the stream through the official CBC Sports app if you are a cable subscriber. Alternative, paid options are available via Rogers GameCentre Live.

The NHL also provides a subscription service internationally for viewing the finals. But it is often restricted when an NHL partner network is showing the game in the area.

To make your favorite sports past time even more interesting check out daily NBA fantasy.