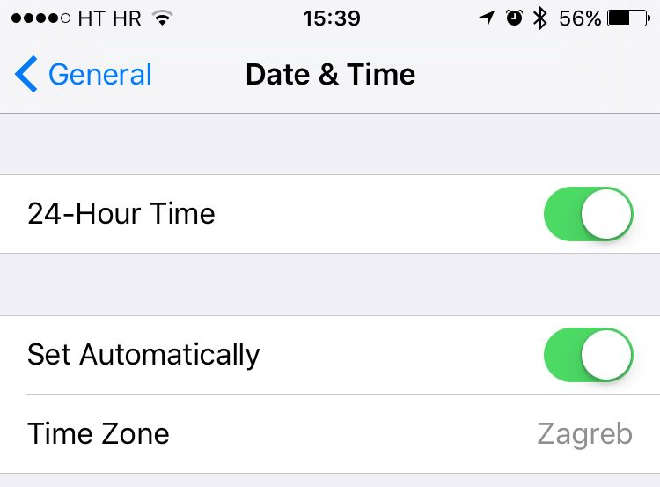 A new document which was published by Apple and discovered by Apfelpage.de, which is a German blog, has now officially stated that the 64-bit iPhone models can be bricked by setting the date of the model back to May 1970. Doing this prevents the iPhone from booting properly. It was also stated that such devices will  need to be repaired physically if they are to work again.

The aforementioned support document states that another software update will be released in the future which will actually contain a permanent fix for this issue. Any owners of the iPhone who find themselves faced with this issue in the meanwhile should contact Apple Support to get their iPhone back into working order.

The document said that “Manually changing the date to May 1970 or earlier can prevent your iOS device from turning on after a restart.” It also continues on to say that “An upcoming software update will prevent this issue from affecting iOS devices. If you have this issue, contact Apple Support.“

The issue under consideration was first reported in a thread on the popular social news networking service and news website, Reddit.

The issue presumably, because we were too chicken to try on our iPhone, arises when you follow the instructions given below:

WARNING: DO NOT ACTUALLY PERFORM THE STEPS BELOW.  These are mentioned only as a reference.

Go to “Settings” and then “General” option. Then select “Date & Time” option and turn the switch in front of “Set Automatically” to “OFF”. After that, the date of the device should be changed to 1 January 1970, and this can be done by scrolling manually to 2000 and then going to “Date & Time” settings till you reach the year 1970. After this just reboot your iPhone and this will brick the device.

So folks please do not try this at home as after doing this your device will not work even if you use a DFU restore or the Recovery mode to undo the brick. Your device will get stuck at the Apple logo boot image until a physical repair is made to it.