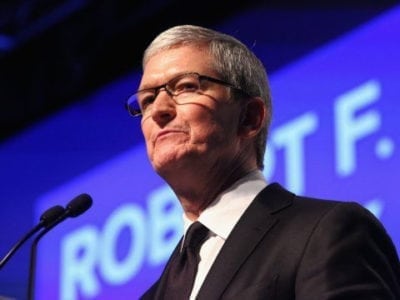 I must admit that I have entertained the thought of Tim Cook running for President of the United States several times since the last election. I would support Tim Cook should he ever decide to run for President and here’s why.

Leader Of The Most Valuable Company

The most valuable company in the US is Apple.  Apple is not a privately held family business. It is accountable to a board of directors and its investors and not to mention its customers.  All of these stake holders appear to be happy with not only the products they produce but with the leadership of the man at the helm. That would be Apple’s CEO Tim Cook.

Focused On The Right Issues

Apple does business all over the world. It has improved the economy and created 10’s of thousands of jobs in multiple countries especially in the US. Improving the human condition is at the heart of Apple. This is reflected not only in their products but in their acceptance of their social responsibility. Apple’s environmental efforts and their dedication to improving education are two examples.

Apple puts their money where their mouth is in regards to these efforts. The company has invested hundreds of millions of dollars in environmental issues and billions in education. Most recently, Tim Cook announced in Austin, TX that Apple is bringing the Swift programming curriculum to 30 community colleges throughout the United States, with more to come. The fact that this program is focused on community colleges rather than four-year universities says something about making this opportunity available to a broader segment of the student population.

Most importantly, Apple and its leadership are forward thinking. They look to the future, not to the past. I would imagine their political slogan would be something on the order of “Make America Greater Than Ever”, rather than looking to the past and implying this country is not as great as it once was. Even though in recent months, that appears to be the case.

Apple along with other tech companies is fulfilling promises the current administration made but has yet to deliver on. One would be job creation. Additional data centers in Nevada and most recently in Iowa, a 1.375 billion dollar project. The data centers will only add 50 jobs in each location, but the construction and setup will bring many more jobs. The new Apple Park Campus in Cupertino, CA will expand its work force by 12,000 employees.  All in all, Apple is one of the biggest employers in the United States with over 2,000,000 jobs. 1.5 million of those jobs are in the app development community who have earned over $70 billion since the App Store opened. Apple spent over 50 billion dollars doing business with 9,000 suppliers in the US. Unlike most companies, Apple provides health benefits to all employees regardless if they are full-time or part-time.

On infrastructure, Apple has made big investments in Solar in Nevada and other locations.  It prides itself that all of Apple operations run on clean energy. Another example of a Tech company’ not waiting for infrastructure or job creation legislation is Elon Musk. His Boring Company is gearing up to build the country’s first HyperLoop mass transit system beginning in LA. And let’s not forget the Bill and Melinda Gates Foundation that has donated millions upon millions of dollars to worthy causes throughout the years.

Most of the tech millionaires and billionaires come from a middle-class background. They know what it takes to rise to the top. Apple and other tech notables enable others to become successful. There is no sign of spectacular opulence, greed, protectionism, drama, or fake news. Just one long string of accomplishments and successes. These are ambassadors of goodwill that work to improve our lives.  They encourage prosperity for all who are willing to work for it. The diversity in these organizations confirms that everyone is welcomed at the table.

Apple CEO Tim Cook has stated publicly that he has no intention of running for President.  But clearly, this is the type of leader America needs.

Let us know what you think in the comments below.