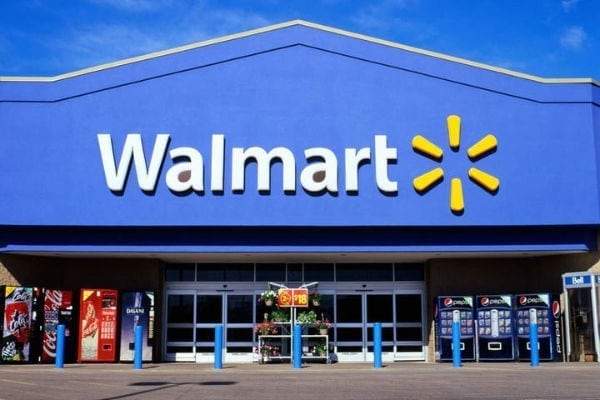 This article by Christina Comben was originally published at CoinCentral.com on June 11, 2018. It is being republished here with the publisher’s permission through syndication.

Walmart made significant ventures into experimenting with blockchain tec in 2017. Whether out of FOMO or acceptance that blockchain is here to stay, they realized late adopters would be left in the dust. So Walmart first started with the IBM initiative to track certain foods through the supply chain.

The results from tracing Chinese pork and Mexican mangoes around the world were encouraging. Blockchain tech revealed its potential. And now the retail giant is getting trigger-happy with patent filing. From payment systems using blockchain to integrating the technology with an autonomous vehicle-based delivery system.

So, that raises an important question.

Why is Walmart Filing Blockchain Patents?

Blockchain tech is still a long way from mass adoption. But it’s safe to say that most industries are seeing its possibilities. In Walmart’s case, it could be an evolve-or-die maneuver, forcing themselves to adapt to certain changes–or simply an evolution in logistics management.

But it comes at a time when retailers around the world are still figuring out how best to integrate blockchain into their processes.

Some (such as Japan’s Rakuten) are working towards launching their own cryptocurrency. Others, like Walmart and Kroger, have experimented with tracking and tracing food throughout the supply chain.

And even online giants Amazon and Facebook have started registering domains, launching blockchain platforms, and exploring its potential.

Yet Walmart’s patents are not particularly specific and almost similar to white papers in their presentation. This leaves room for a lot of interpretation and questions– specifically, what are Walmart’s plans for blockchain tech?

Large companies like Walmart have to absorb the costs that arise out of a variety of situations. These are known as deductibles. Consider, for example, that a supplier wants to run a discount, or products arrive damaged or maybe less than the agreed-upon amount. This often results in a conflict with suppliers that is hard to resolve.

“Conflict resolution often gets delayed because of restricted access to data owned by different stakeholders. For example, stakeholders from different departments among both suppliers and customers (Walmart), logistics providers, auditors etc., as well as issues related to traceability of related transactions and documents.”

Blockchain technology could provide the much-needed level of transparency required to avoid these conflicts from happening. Or, simply resolve them in an automated manner, without complications.

Shabeer continues, “Walmart could, for example, host a blockchain for trucking companies so that both suppliers and Walmart could use the distributed ledger for reconciliation. The expedited resolution of disputes would benefit both the suppliers and the buyers in relation with AR/AP.”

Using smart contracts to pay suppliers based on predetermined conditions could be another trick up Walmart’s sleeve. They could significantly cut down on the volume of manpower needed to organize payments and track items. Operations would become infinitely more efficient.

Says Shabeer, “The “smart contract” could be implemented as part of the broader blockchain described above. This would not only help in achieving timely payments but also create an environment of transparency with fewer conflicts.”

We’ve already seen signs from the pilot test with IBM that Walmart will be using blockchain for its supply chain. From the positive results they saw tracking a few items of food, just imagine that rolled out to its thousands-of-product line.

Joel Vincent, Chief Marketing Officer at an IoT specialists ZEDEDA comments, “Walmart’s intended use, according to the most recent patent, is more in line with what you can expect from large companies. It is within the supply chain and tracking how things in an autonomous vehicle are accessed (which is needed because there is no driver to sign a “log” by hand, so the access code must be “logged” without physical verification of the access).”

He continues, “In reality, the use of the autonomous vehicle is simply replacing a driver. If you replace the driver, you need to replace how the driver checks in and out things from a secure truck (which next to driving is also his job). It’s not a leap to go from a fleet of people driving and checking inventory to a fleet of driverless cars that have a tamper-proof log to check in and out inventory.”

The Status Quo Is Changing

While Walmart, Facebook, and other giants are jumping on the blockchain train, that doesn’t necessarily mean it will be reaching its destination any time soon. In fact, it could take years before Walmart completely integrates blockchain technology with its existing systems.

“It’s the ‘turning of an oil tanker’ analogy,” Vincent remarks. “Within a large company, it’s not simply the systems that are deeply integrated and will be harder to unwind than 10’ high ball of Christmas lights, but also the ingrained processes.”

However, the fact that they’re preparing for change is an encouraging sign. Not just for FOMO, but actually demonstrably improving their business processes and bottom line.

Blockchain tech could solve a lot of Walmart’s problems. From trust and transparency to traceability, accountability, and waste reduction.

“Blockchain being taken seriously by conservative companies is the beginning of the legitimacy of the technology,” Vincent claims. “We are finding practical, implementable uses every day. We may have progressed blockchain from “Internet in 1991” to “Internet in 1994 – just before Netscape went public” with this activity.”

Christina is a B2B writer and MBA, specializing in fintech, cybersecurity, blockchain, and other geeky areas. When she’s not at her computer, you’ll find her surfing, traveling, or relaxing with a glass of wine.
More articles on this topic: How Blockchain Can Fill the Talent Gap in Cybersecurity and AI   •   As Blockchain Booms, Small Countries Become Thriving Hubs for Crypto Industry

Blockchainpatents
Previous ArticleConsumers Like the Value of the Right OTT EntertainmentNext ArticleIndustrial IoT: How Smart Alerts and Sensors Add Value to Electric Motors (Part 4 of 5)