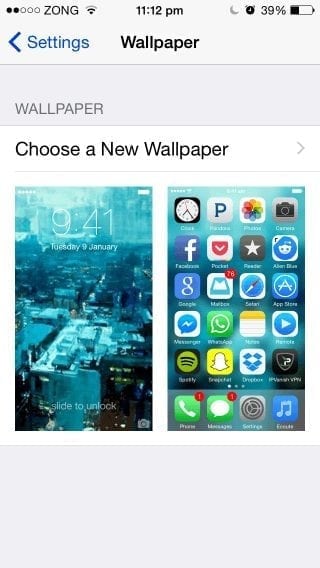 Wallmart is a fresh new jailbreak tweak which automatically cycles between wallpapers in a specific album, based on Activator gestures or on set time intervals. It comes with other useful features too!

I have been blogging for the past four years now, and every time I cover an app or tweak or tip or trick that has something to do with wallpapers, I always mention the line, “it is an eye-catching wallpaper that makes the different between a good home screen setup, and a great one.”

This obsession over wallpapers is what excites me whenever I come across a useful app or jailbreak tweak that assists application of eye catching wallpapers.

Case in point: Wallmart. Developed by Timm Kandziora – aka ‘shinvou’ – Wallmart is an alternative to the popular WallCycle jailbreak tweak developed by Ryan Petrich. Wallmart allows you to cycle between wallpapers in a single album in Photos.app. You can set it to automatically change wallpapers based on an Activator gesture, too!

However, unlike WallCycle, Wallmart comes with other nifty features:

The developer is adding new features at user requests. You can email him at shinvou[at]gmail.com if you have any bright ideas.

Wallmart is available for free, but you will first need to add the developer’s repo to Cydia. To do so, launch Cydia, and add http://shinvou.org/repo from Sources > Edit > Add. Give Cydia a moment to index the new repo, and then search for Wallmart to download and install it.

Note that Wallmart has been submitted to the default BigBoss repo, so there is a good chance that you will not need to add the developer’s personal repo to download Wallmart.

Goes without saying but yes, be sure to jailbreak your phone on iOS 8 if you haven’t already. Cydia and the world of jailbreak tweaks is only available after you do so.