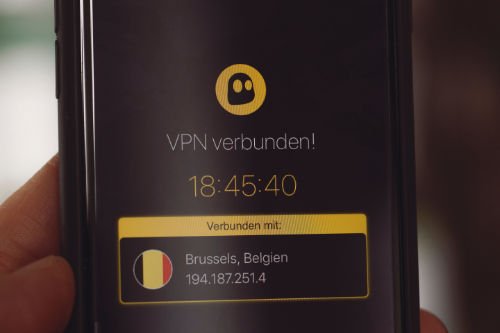 Photo by Markus Spiske on Unsplash

The concern for internet privacy was always there because of allegations of ISPs snooping on users and watching their moves on the web. But now that the government has allowed ISPs to sell the browsing history of users, there is every reason to be more worried about internet privacy. Nothing is private anymore out there on the web as long as you depend on the services of ISPs.  ISPs have always played with user information with scant regard to the privacy, and as the internet gravitates towards net neutrality, there is every reason to believe that even the faintest hope of some enjoying some privacy on the internet is now in shreds.

To ensure safe and secure browsing with complete privacy, start using a Virtual Private Network services instead of ISPs.  When you access the internet by using a VPN, the traffic flows between users and private servers with complete anonymity and encryption through a private channel that no one else other than users and virtual private network servers can see.

You must trust the claims made by VPN service providers like the ones you find at www.fastestvpnguide.com that they do not monitor user activities and respect complete user privacy which most users would admit, but there are some exceptions too. Some VPNs track your movement on the internet by maintaining logs of user activities.  Some VPNs like Onavo of Facebook meant for Android and iPhone keep spying on you. Installing the software on your device would mean that you are permitting to share data about the way you use your phone.

Check the reputation of such networks in ensuring privacy and protection by referring to the experience of users and going through reviews.  Checking the terms and conditions of VPN service providers with an emphasis on reading the fine print could also reveal any possibilities of compromising on privacy. But the good news is that most private networks live up to user expectations of maintaining complete privacy, which is the reason for its popularity.

Assured protection of online privacy is the hallmark of VPNs that are drawing more and more people towards it. Even when you are using public Wi-Fi, your internet activities remain completely confidential by using a VPN.  No one can ever intrude into the tunnel through which the data traffic flows between you, the VPN servers, and your destination websites. VPNs use various encryption technologies like Secure Sockets Layer (SSL) and Transport Layer Security (TLS), L2TP or Layer 2 Tunneling Protocol and IP Security or IPSec to create a virtually encrypted tunnel between VPN serves and users.

Users who intend to share files by using Peer to Peer (P2P) and BitTorrent that ISPs do not allow would find VPNs very helpful, which also supports video streaming services like Netflix, Hulu, etc.  However, recently the video streaming services are clamping down on the facility of allowing their traffic flow through VPNs. Moreover, VPNs conceal your geographical location and help to access restricted or censored content, which is another reason for VPNs popularity.

Be Ready To Accept Slower Speed

You must install a VPN application on every device that you want to use. VPN set up is quite easy, and you can make your device ready for use within a few minutes. The moment you set up the connection, it creates a virtual network between your device and the destinations on the internet that you want to connect with.  When the connection reaches the other side of the VPN server, it emerges without any traces of its origin, thereby ensuring complete privacy.

However, when you are using a private network, it is similar to a shared hosting service because many users share the server and the broadband connection that puts a considerable load on the resources. As a result, the speed of accessing the internet slows down. Since traffic to and from every internet destination that you connect with has to pass through the VPN, and slow links could affect the internet speed.

You Need To Pay For It

Free VPN advertised everywhere may draw your attention the most and seem quite attractive, especially from the privacy angle, which it is, but that is all that you can expect. VPN service providers must bear the considerable cost in equipment, hardware and infrastructure to provide the service and the free offer is just a part of an advertisement that gives a taste of the things only and not the main course. Firstly, free VPN would entail limited traffic, and secondly, the bandwidth would be too little just enough for email and nothing more.

The paid VPN services open up a wide horizon as you can access multiple sites and lots of bandwidth. To know which VPN service would be good for you, trying out is the best option and luckily many service providers offer a free trial. VPN performance can vary between places, and your location matters much in the kind of performance that you can expect. If your friend at some other location is too happy with the services, you may experience something on the contrary from the same service provider if your location is near a VPN endpoint that remains overloaded most of the times.

Some virtual private networks substitute like web proxies which behave in the same way as VPNs are available, but their reliability in ensuring privacy and security is under question. You might think about replacing the private networks server with a web proxy server, and you can connect with websites by avoiding the surveillance of ISPs. But then, the majority of web proxies have failed to prove its trustworthiness.

The software and network pairing of Tor is another service that conceals your identity by moving traffic across various Tor servers after encryption, but unfortunately, its reputation for security is always below par. Tor remains vulnerable to hacking as reported in some instances in recent times.

Looking for reliable and pocket-friendly VPN service provider is a sure shot solution to your online privacy problems. Until now, most VPN services have lived up to user expectations, and some are even capable of surpassing it.

More on this topic: Process of Openload Pair for Streaming on Kodi and the Usage of VPN for Netflix