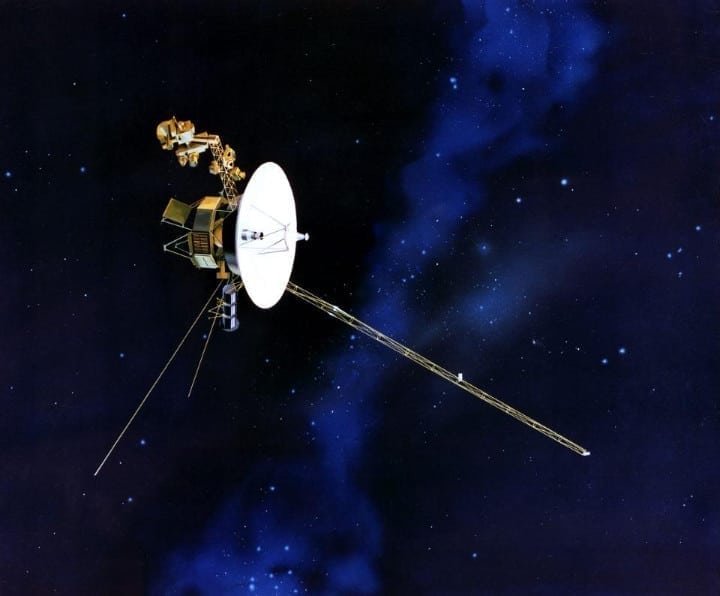 August 20th, 1977, NASA launched the Voyager 2 space probe. The space probe also had a twin, Voyager 1, which was launched 15 days later on 5th September. It has been 40 years and both the vessels are still operational and sending data back. They have traveled farther than any spacecraft before them and are heading out to points even beyond our solar system. These probes have played a huge role in our understanding of the solar system as we know it today.

“I believe that few missions can ever match the achievements of the Voyager spacecraft during their four decades of exploration,” says Thomas Zurbuchen, associate administrator for NASA’s Science Mission Directorate at NASA Headquarters. “They have educated us to the unknown wonders of the universe and truly inspired humanity to continue to explore our solar system and beyond.”

Voyager program was launched in order to explore Jupiter and Saturn. After the space crafts provided the information about active volcanoes on Jupiter’s moon Io and minute details about Saturn’s rings, their mission was extended. The Voyager 2 has gone on to explore Uranus and Neptune and is the only spacecraft to have visited those planets to this date. Its current mission, the Voyager Interstellar Mission (VIM), will explore the outermost edge of the Sun’s region and possibly beyond.

Both probes carry a “Golden Record,” a collection of 115 images and a variety of natural Earth sounds such as ocean surf, the wind, thunder, birds, whales, and other animals. Musical selections from different cultures and eras are included along with spoken greetings in 55 languages. The records carry the inscription “To the makers of music – all worlds, all times” hand-etched on the surface.

Each record is encased in a protective aluminum jacket, together with a cartridge and needle. Instructions in symbolic language explain the origin of the spacecraft and indicate how the record can be played. The images are encoded in analog form.

A Message To Voyager

For the 40th Anniversary of the Voyager mission, NASA previously issued a statement to the public to send a message via social media up to 60 characters to be transmitted to the Voyager 1. At 13 Billion miles from Earth, it is the farthest any spacecraft has traveled before. These messages were being accepted until August 15th. Now the public will decide by polls, which message to send into deep outer space. This message will be transmitted on the 5th of September.

We can still expect great things from the Voyager space crafts as they are expected to run for more than a decade. Maybe we’ll have even more exciting news by their 50th anniversary.

Here is an 8 minute and 19 seconds sampler of some of what was recorded on Voyager’s Golden Record.

Check out this awesome documentary of Voyager’s grand tour of the outer planets.

Check out more articles on the topic of Space.