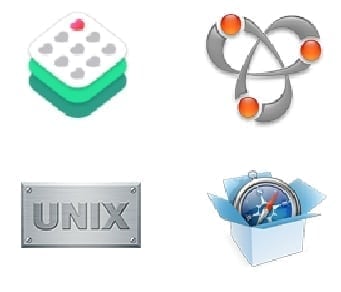 This is our second article on Open Source. We published one a few days ago titled “Using Open Source to Build Windows Apps.” This article will provide basic information on open source frameworks and resources used to build iOS Apps.

Apple has been accused of having developed a closed OS when in fact Apple is the first major developer to make Open Source a key part of its development strategy. Apple has released a significant number of software frameworks and tools. Let’s have a look at some of them.

The Apple ResearchKit is an open source framework that enables iOS apps for use in medical research. It contains customizable core modules that developers can build upon and share with the development community.  In an attempt to broaden the scale of medical research, one objective is to have large numbers of iPhone users participate in medical studies.  Outdated methods of contacting potential volunteers for medical research haven’t changed for decades and produced low numbers.

Today, with the help of Research Kit and millions of iPhone users, researchers have the tools to create apps that can be easily distributed allowing them to cast a wider net and bring more participants into various studies.  At this scale, the data collected can play an important part in finding cures for various diseases. View this video on Apple’s Research Kit for more information.

WebKit is the open source rendering engine component that renders web pages.  It was introduced by Apple and it powers Safari on both OS X and iOS. It became open source in 2005. Because it’s open source, developers can examine WebKit code and contribute to the community.

The UNIX Core is also part of the open source family. It is the foundation of OS X  and provides multicore and 64-bit power to Mac users.