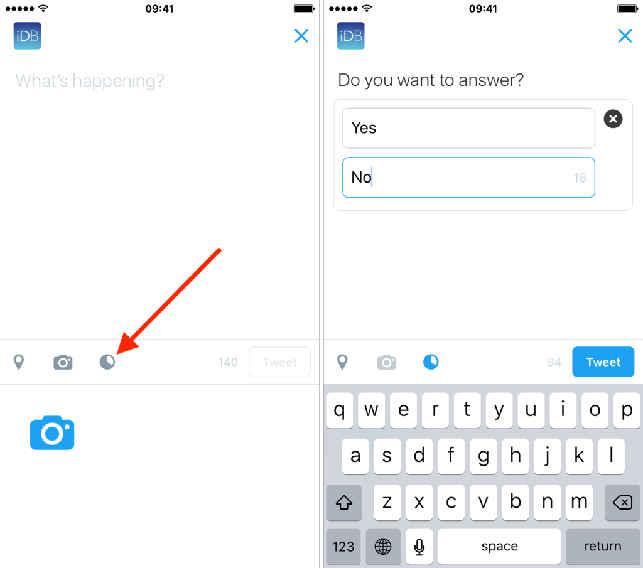 On Monday, Twitter brought out an update for its mobile applications. The updated Twitter App the iPhone user will now use is version 6.40.3 of the application. Even though there aren’t any big changes or improvements in the new version, there is nevertheless full support for the recently introduced Twitter polling feature.

The Twitter Polls feature was introduced last month and it helps Twitter users to easily create polls with two choices. Polls remain live for 24 hours after which all who had participated in the poll get a push notification which tells them about the result of the poll. The voting is anonymous and all polls are available to everyone. Twitter even takes into account your notification total and it won’t notify you of additional results if your notification total is already brimming over. Even though the feature was made available to a few users over the past few weeks as of today it will be accessible to all through the Twitter app.

You won’t even have to enable a feature in the application to create a poll. Once you see a pie graph like icon in the Compose box, the feature will be made available to you. However, some people might face difficulties with this and for them it is advised that they restart the device to force the feature to appear.

The Polls feature is Twitter’s first significant tweak since it introduced the Moments tab. Polls have changed the Twitter platform and added more interactivity to tweets. Users will now have the availability of feedback from their followers, making it easier for celebrity PR teams to test what to say and what not to say! (wink, wink) This feature sounds like a much-needed improvement for those who are already Twitterati!

Earlier in October at the Twitter Flight developer conference, Twitter introduced its plans for a new Twitter experience for Mac users. The Twitter for Mac app will include new features such as in-line Vine, video, and GIF playback, group Direct Messages, photo Direct Messages, and in-line replies. It will also have an inbuilt dark-mode for those who like darker interfaces for their applications.