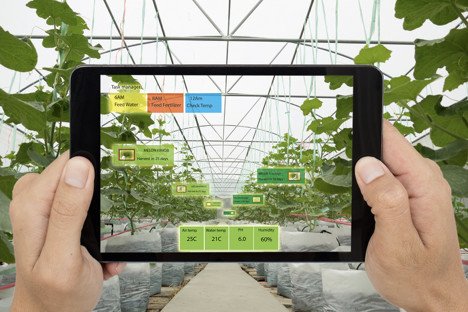 Augmented reality is a continuously growing field aiming to change the way we percept our digital experience. With names like Microsoft, Amazon, Apple, Facebook and Google making serious amends to it, we can see AR have much more commercial support in the long run. Analysts predict the total number of people using Augmented Reality by 2023 to be around 2.5 billion. Many compelling AR trends are emerging every day to serve the need of this tech-savvy population. Let us walk you through some of them and provide short a glimpse into the future of virtual reality.

Augmented reality will take our digital perception to a whole new level in the coming years with the help of Artificial Intelligence. Diverse AR solutions will leverage various AI technology for enabling users an astounding experience of computer vision. Users will be introduced to the use of smart, cognitive functionality from directly within their apps.

Computer games will feature a new dimension of visual overlays where computers will be able to identify and understand objects much more accurately than they do now. Think of playing your favorite game character against the computer, and it can adjust the way it plays based on your actions. Sounds mesmerizing, right?

AI is gaining fast ground in the virtual world for some time already. The e-Commerce giant Amazon depends on its smart recommendation engine for more than 35% of its sales. When you search for something in Google and later see ads on them in your Facebook feed, don’t be alarmed. It’s a part of the AI revolution the tech world is going through.

With the continuous decrease in the price of hardware resources, both smartphones and computers are being rolled out with superior processing power than they used to even a year ago. This increase in computational power provides the opportunity for processing more complex applications that utilizes complex AI functions. This scenario will continue, and soon most users will be carrying microcomputers that allow them to see the virtual world in a new light.

The DriverAR platform from GPU manufacturer Nvidia is already incorporating a dashboard-mounted display which overlays the graphical information around the vehicle. It points out essential information like the vehicle’s surroundings, potential hazards, or even notable landmarks along the route. A long list of companies such as Uber, Volvo, Volkswagen, Toyota, and Roborace will soon embrace this technology to enhance the navigational logistics of their vehicles.

On the other hand, WayRay, backed by Alibaba, will project the visual data directly onto a vehicle’s windshield. It will provide drivers with precise navigational information like directions, lane identification, and hazard detection. So, as you can see, AR is already gaining ground in the automobiles industry and will continue to do so in the upcoming years.

And seeing the fast momentum of autonomous vehicles, it’s safe to say companies will inevitably side with these robust AR systems to maintain their growing business. Thanks to advanced technology and the decreasing price of resources, the day is not far when your vehicle will feel like a Batmobile, at least in terms of navigation.

3. Augmented reality taking over the Web

The internet has become way more prominent and diverse than people had ever thought. A significant amount of our social life is currently web-driven and will increase with time. Web giants like Google and Mozilla are continually working to roll out improved AR features that will increase the interaction of users considerably. Although the development of AR technologies for the web isn’t standardized yet, it isn’t stopping corporations from undertaking next-generation WebAR projects.

Chrome AR is one such undertaking of Google which aim to enhance user’s sensory experiences to a new dimension without needing any specialized apps. It will help users to engage more with AR-rich contents that provide a natural sense to information. Mozilla is also trying hard to maintain its position as a significant Web player in the upcoming years by bringing futuristic AR functionalities into Firefox.

It’s pretty safe to predict that we’ll be able to enjoy more engaging websites with increased content engagement shortly. Most modern-day web browsers will equip themselves with compelling Web AR features that will influence the users to interact more naturally with websites and view information as in real-life.

Augmented reality will provide a compelling opportunity for people who want to learn from proactive environments. With advanced AR functionalities in place, students will be able to immerse in augmented environments that offers contents more realistically. Dedicated teaching platforms and types of equipment will emerge as a result of increased demand. Universities will employ AR-rich settings to help students learn their topics better than ever.

The US Army is already training its soldiers with real-life battleground data like heart rates and breathing rates using Microsoft’s HoloLens technology. And as the technology develops further, they’ll equip their soldiers with critical wartime data such as pathfinding, target acquisition, and mission planning.

More than 17,000 Walmart employees currently utilize the Oculus Go headsets for learning skills like customer service, and inventory management. Virtual environments help people to understand many crucial concepts interactively due to the level of details they provide. And as time goes, these advanced platforms will incorporate further AR features to increase teaching efficiency.

Entertainment is one of those areas where the influence of AR is more visual than any other. Since most entertainment platforms rely on technologies like smartphones and web apps nowadays, it’s not very hard to roll out rewarding AR features for them. Consumers will also appreciate the touch of a natural and more detailed environment to their favorite source of enjoyment.

Companies such as Oculus and Vive are introducing next-generation headsets with powerful hardware and advanced computer technologies. The Oculus Go is one such example which provides a futuristic glimpse into the entertainment world by incorporating powerful mixed reality features. It’s quite natural for us to say that these systems will continue to develop and will gradually change the way we see entertainment today.

So, AR will also have a significant influence behind the future of entertainment and will provide users with more real-time and immersive experiences. The adoption of this modern-day technology will change the way we see entertainment today.

Augmented reality is increasing its footstep in every sphere of social life, and it’s not very far when we’ll get pretty used to it. The ability to provide realistic and immersive environments makes this technology extremely powerful, and as we continue to move forward with it, AR will soon become mainstream in different areas including driving, web, teaching, and entertainment.

More on this topic: ARKit Proves Apple Is Serious About Augmented Reality