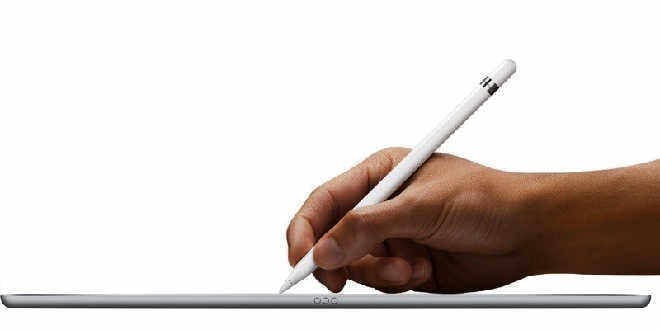 Ever since Apple released the first beta for iOS 9.3 all users had noticed and showed concern that the Apple iPad Pro does not let the user use the Apple Pencil to navigate through the UI of iOS. Since previous versions of iOS allowed users this functionality for Apple Pencil along with drawing capabilities most users were not happy with this change. However, Apple has returned the feature to Apple Pencil, according to the Verge users will be able to use the pencil to navigate through iOS along with the use of a finger.

In iOS 9.3 users can use their Apple Pencil to select icons and open apps but it does not let the user use the pencil to scroll the screen or to navigate through the user interface. According to a spokesperson at Apple, the functionality will be added back into the next beta version of iOS 9.3. He also stated that although the finger is the primary way to navigate through the user interface, Apple is working on making the use of Apple pencil more efficient for this purpose.

In previous versions of iOS when Apple pencil was used to draw you could not activate the Notification or Control Center through it, you could also not perform multi-tasking while drawing. The reason that could be figured out for this was to avoid any accidental activation while the user is in the middle of his drawing project.

Apple has released four beta versions of iOS 9.3 that do not make use of the Pencil to navigate through the user interface, which makes it quite obvious that Apple did not want to add this functionality and have only added the functionality due to the unhappy users of iPad Pro. Apple has also proved Rely fm. Cofounder Myke Hurley wrong who recently said that  removing the functionality to navigate your device through Apple Pencil was not a bug but was removed by Apple due to philosophical reasons.

Nevertheless, users can now take a sigh of relief because in the next beta version of iOS  9.3 navigation of the user interface with the Apple Pencil will make a comeback.