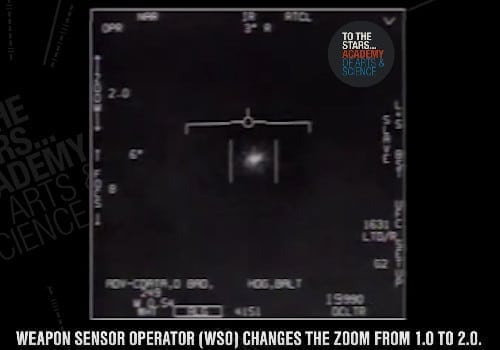 Luis Elizondo used to be the head of Advanced Aerospace Threat Identification Program. This program ran for five years between 2007 and 2012. This $16 million program was tasked to look into unidentified flying objects or UFOs on Earth. The former chief had to say that it was proved beyond a reasonable doubt that UFOs do exist.

Speaking to The Telegraph Elizondo said, “I think it’s pretty clear this is not us, and it’s not anyone else, so one has to ask where they’re from. In my opinion, if this was a court of law, we have reached the point of ‘beyond reasonable doubt’. I hate to use the term UFO but that’s what we’re looking at.”

He could not speak freely and said that much of what he had to discuss was classified. He also did say that there were lots of sightings which proves that we are not alone on this planet. The recent footage was released to the public about the encounter of two F-18 jets on a routine flight.

Retired US Democratic Senator Harry Reid was behind the whole initiative. Most of the money for the program went to an aerospace research company run by billionaire entrepreneur Robert Bigelow. Bigelow is currently working with NASA.

The ex-senator did not deny setting up the program and said, “I’m not embarrassed or ashamed or sorry I got this thing going. I think it’s one of the good things I did in my congressional service. I’ve done something that no one has done before.”

The Pentagon just confirmed earlier this week that it was indeed looking into UFOs. They also claim that the program was shut down in 2012.

A spokesman said, “It was determined that there were other, higher priority issues that merited funding, and it was in the best interest of the Department of Defense to make a change.”

Mr. Elizondo who quit the department due to the excessive secrecy and the lack of funding for the program but he had interesting things to say to CNN.

“My personal belief is that there is very compelling evidence that we may not be alone. These aircraft – we’ll call them aircraft – are displaying characteristics that are not currently within the US inventory nor in any foreign inventory that we are aware of. Things that don’t have any obvious flight services, any obvious forms of propulsion, and maneuvering in ways that include extreme maneuverability beyond, I would submit, the healthy G-forces of a human or anything biological.”

These statements from the former chief have given us a lot to think about. The fact is that we might not be alone on this planet.