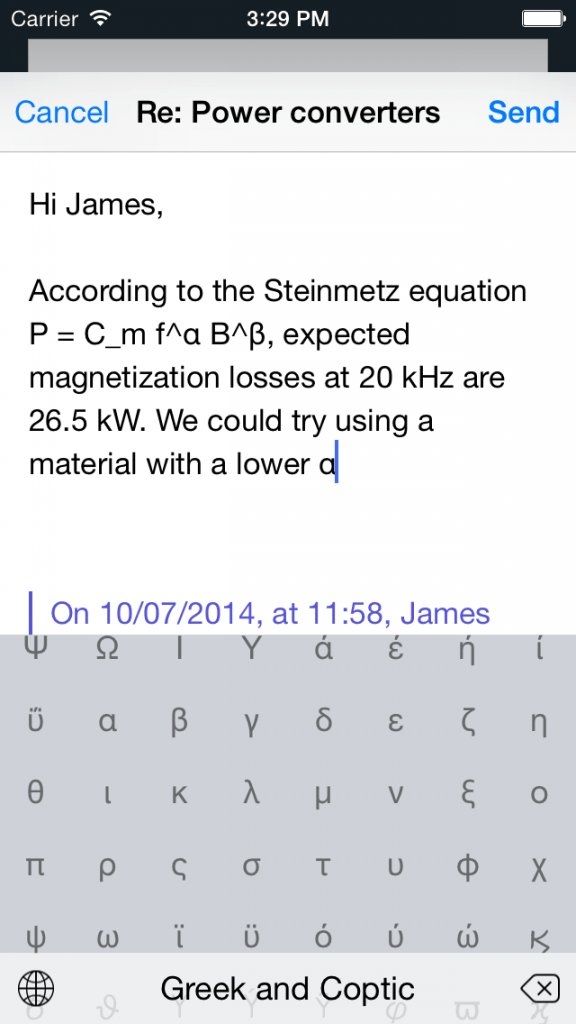 For the average person, the default iOS keyboard is more than enough for usual typing tasks. However, for people who speak unsupported on iOS languages, or require use of particular symbols that are simply not there on the default keyboard: Glyf Keyboard is the answer. It allows you type glyphs / Unicode characters; there are over 65,000 glpyh characters available! 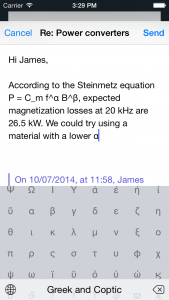 Developed by Protonome, Glyf Keyboard is one of a handful of iOS 8 alternative keyboards available. While others have more mainstream agendas, Glyf targets regular users of less-used Unicode characters. Everything from Greek and Coptic symbols, Dingbats, emoji, and standard alphabets are available.

Glyf Keyboard is not meant to be used as your primary keyboard. It is only there for when you need to type in things like mathematical equations, or scientific characters (such as unit symbols for Force, Resistance, etc.). Regularly typed characters show up at the top so you can quickly re-insert them when needed instead of scrolling down again and again. 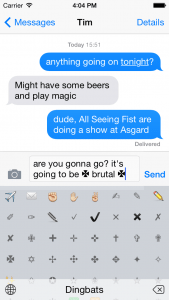 When I do require use of special characters not found on the default keyboard, I just search with their name on Google, and copy paste it where I want to. This is also the case with desktop computers.

I personally don’t feel the need to shell out any money for a once in a blue moon app, but I’m sure this is going to be useful for some people. For those, Glyf Keyboard is a recommended app.

Glyf Keyboard is available for just $0.99 from the iTunes App Store. It works on all iOS devices running iOS 8 or later.

How many times a month do you need to type glyphs? Do you have alternative language iOS 8 keyboards enabled for doing so? Be sure to let us know in the comments section.