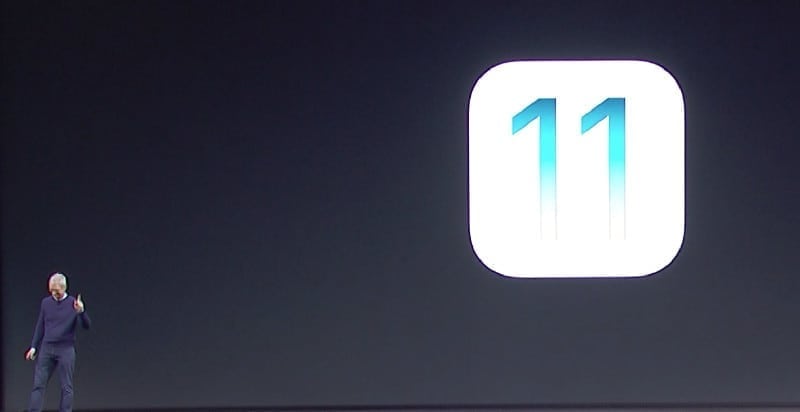 The upcoming iOS 11 is on the same path as the current iOS 10. iOS 10 was a significant upgrade that enjoys an overall 96% customer satisfaction rating. Another indicator of satisfaction is how much of the user base is running the latest version of an OS. At WWDC 2017 Tim Cook pointed out that number for iOS 10 is 86%, which is impressive when you consider that Android 7 is only on 7% of their devices.

I personally thought iOS 10 would be a tough act to follow. I like version 10 so much since it made me feel like I had a new iPhone. It made the phone feel more personal to me. Apple has outdone itself once again with iOS 11. iOS 11 which will be released this fall is packed with improvements and new features. Let’s take a look at what’s coming.

Messages now have a redesigned app drawer which makes accessing just about anything easier. Your messages are now in iCloud which solved a particular problem.  Now when you sign in from a different device, all of your conversations are automatically synchronized. Delete a message on one device and it disappears from all your devices.

ApplePay has been gaining ground and is expected to be available from 50% of all retail outlets. A new feature of ApplePay is person-to-person payments. The ability to send or receive funds is integrated into Messages as an app so sending funds to family or friends has never been easier. Funds are sent right within the transcript of your message. You will authenticate with Touch ID within the message. Funds received will go on your Apple Pay Cash Card where it can be transferred to your bank or sent elsewhere. 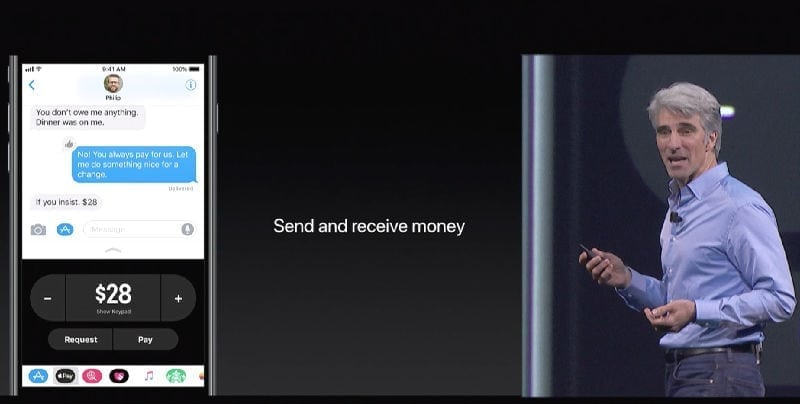 Siri is used from more than 375 million devices every month and is in 21 languages in 36 countries. In iOS 11 Siri’s voice has received and upgrade and is now available in a male voice as well. Siri now uses deep learning and has a new visual interface. This smart assistant can provide follow-up questions and answers. 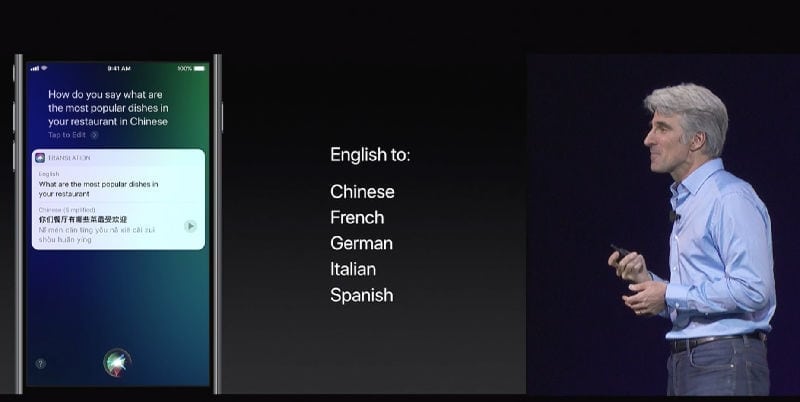 Siri now serves as a translator and currently supports English to Chinese, French, German, Italian, and Spanish with more languages coming. For some time now we have been waiting for Siri interaction with applications. Sirikit was developed for this purpose. It allows developers to take advantage of Siri in their apps. For example;

Siri understands not only your voice but the context of what you are saying as well.  It also learns your interests and how you use the device.  Siri can predict what apps we want to use next and give a time notification based on our calendar and our location. It can also help respond to a text message. Siri uses machine learning to learn what topics are of interest to us. It can suggest topics in News. Everything Siri learns about you is synced across all of your devices.

1 Trillion photos per year are taken on the cameras that are on iOS devices. In iOS 11 the camera will use HEVC or High-Efficiency Video Coding when recording video. This provides up to 2X better compression which means less storage space used. JPEG capture now uses HEIF or High-Efficiency Image Format, based on HEVC and it also provides 2X better compression making your images half the size. Improved image quality in low light and optical image stabilization.  On iPhones with two cameras iOS save depth information and with the use of Apple Depth API this information is open to developers.

Machine learning plays a major role in the Memories feature in Photos. Memories can recognize events like a wedding, anniversary or sporting event.

Live photos can now be trimmed and you can choose any of the stills in a Live Photo to be the key photo. You can reverse live photos for some cool effects. Artistic effects with live photos are also possible. Apple’s Craig Federighi demoed a live photo of a river where the landscape was still and the only thing moving in the image was the water. By applying a long exposure to the image it created a very cool effect. 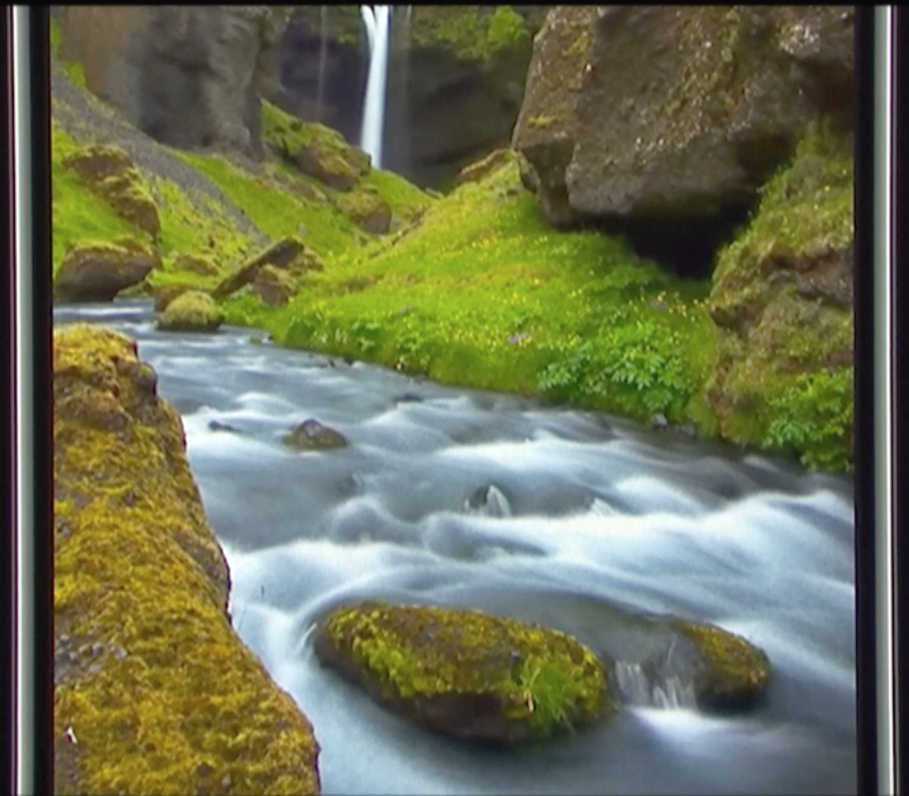 Control Center has had a complete makeover and now occupies a single page with big, clear controls. With 3D Touch, you can access more controls in the Volume slider for example.

Lock Screen and Notification Center have been combined. Slide down to access the lock screen slide up to access your notifications. Widgets are on the left and the camera is on the right.

Maps have received some interesting updates as well.  Directories for places like the mall with detailed floor plans, search and browse. There is a growing list of malls supported in Maps in cities all over the world. This same feature is being applied to Airports. You can see the lay of the airport before leaving your car. You can easily locate an airline in a terminal or security, etc. There are about 30 airports supported now with more on the way. Navigation has also been improved. You can now see your speed limit and there is lane guidance so you know ahead of time which lane to be in.

CarPlay usability is now available even if your car is not equipped with CarPlay. “Do Not Disturb While Driving” is a new feature that will remove any device related distraction while driving.  If you receive a text message while driving the sender will receive and automatic response letting them know you’ll get back to them when you are no longer driving. You can also allow individuals of your choosing to get through in an emergency. This looks like a great move to make driving safer.

HomeKit provides a secure and private way to manage all your smart home accessories.  This can be done from the Home app or by using Siri. Speakers have been added to HomeKit. You can control speakers throughout your home from your iOS device. There is a new AirPlay 2 protocol that provides this functionality. It will allow you to build multi-room audio throughout your home in iOS.  An AirPlay 2 audio API is also available so developers can utilize these features with their products.

You can find out what your friends are listening to. And share with friends if you like.  For developers, there is the MusicKit for Apple Music which allows full access to the Apple Music Service, Cloud access for your recommendations, featured music and charts, and search playlists, stations, and catalog.

Here are two App Store facts. 180 billion apps have been downloaded from the App Store since it opened. Over $70 Billion dollars have been paid out to developers to date. This is a real success story. After nine years in existence, the App Store is getting a redesign. A new tab named Today will show you apps released on the current day. There is another new tab that is dedicated to Games. Apps will also have its own tab.  New beautiful product pages with videos. The new design brings organization and beauty to the App Store.

The Core Technologies in iOS include; Metal 2 and HEVC. New to iOS 11 is Machine Learning with a series of developer APIs for

Built on Core ML which provides;

iOS 11 is big, beautiful, fast and cutting edge. The beta is available to the public now. iOS 11 will be released this fall. Can’t wait.