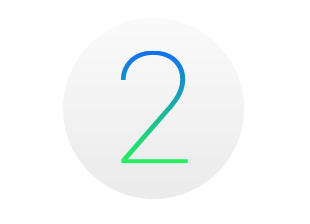 Apple has issued the latest versions of the Apple tvOS and the Apple Watch OS to developers through the portal for testing after performing some bug fixes in the software, moving towards finished products. To be able to install the new watch OS you must be in possession of a device with iOS 9.3 which is also still in the testing phase. tvOS 9.2 can be configured directly if you already have beta 1 but otherwise, must be connected to a computer that houses iTunes. The betas don’t have any major differences from any previous iteration but it seems that the focus was on fixing bugs for better performance and smoother use for the consumers.

Now, a single iOS 9.3 device can be paired with multiple Apple Watches provided that they have all been upgraded to Watch OS 2.2. iOS 9.3, however, it is still in the beta phase. This new OS also houses an updated version of Maps and improvements in the Nearby feature that was introduced earlier. In the Maps application, the Nearby feature is powered by Yelp. The watch can now find its way to work and home addresses and can be used to look up local businesses in a number of categories. This beta can be downloaded through an iOS 9.3 device via the Apple Watch app. On the app clicking on the software update option will start the process.

The Apple TV which is now in its fourth generation has also been given new features with the currently released beta. These include folder organisation and Bluetooth keyboard support. Also, with tvOS 9.2 users can sync photos from their iCloud library. The new update also supports the Live Photos taken from the iPhone 6S and can be accessed by holding the trackpad button on the Siri remote. You can also expect album support for all the photos in your iCloud gallery. The default albums are fully categorised and accessible. It also includes Podcast support found in the last version of the OS along with Siri support in Spanish. The new operating system is expected to be dispatched to all fourth-generation Apple TV users sometime later this year.