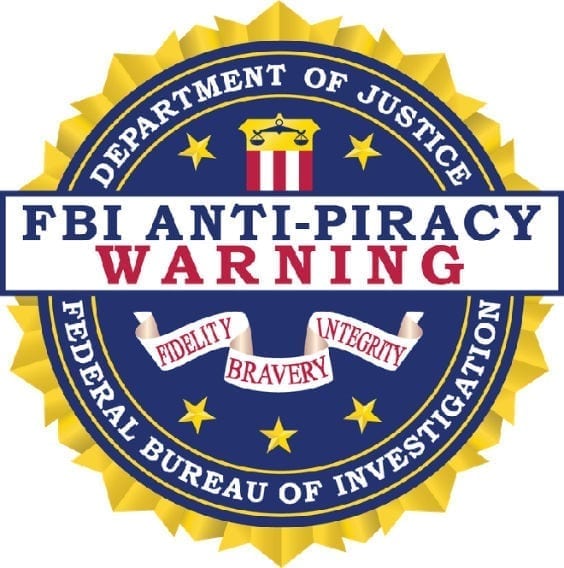 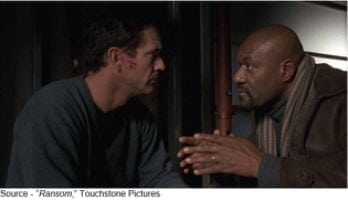 “You’ve got to play the odds, man. I’ve been doing this for eighteen years, and if I were a betting man, I would bet on the people who pay every time, out of the gate.” – Agent Lonnie Hawkins, “Ransom,” Touchstone Pictures, 1996

There was some mixed emotion at NAB (National Association of Broadcasters) in Las Vegas regarding TheDarkOverlord (TDO). This is the hacker who managed to snatch the fifth season of Netflix’s popular “Orange Is The New Black”. TDO threatened to release the series on illegal file-sharing services. This would have made the video content available for free unless they received a ransom.

Well apparently Reed Hastings, Netflix CEO was not impressed and ignored the deadline which came and went.  The world kept turning.  Of the 100M or so people who subscribe to Netflix, there were likely very few if any who get their entertainment from torrent sites. So good for Hastings. 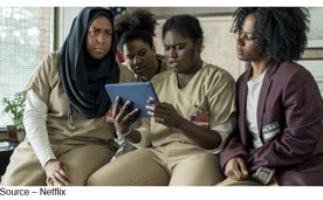 “Such a Little Screen – Pirated video content, no matter how much in demand, simply doesn’t look good on a really small screen.  It’s little wonder people who really want to see the stuff are willing to make it a meaningful part of their spare time with a large screen.”

This mentality or philosophy to “set entertainment free” has been around for years. Even back when one could easily rip DVDs that came in red envelopes that arrived in the mail. The idea was you could watch at home at a convenient time for you.  Since then, the entertainment industry developed disc security called DRM (Digital Rights Management). The name sounded like we actually had some rights to the video content we purchased or rented. But in reality, it was a systematic approach to copyright protection for digital media. The idea was to prevent unauthorized redistribution of digital media (a good thing) and restrict the ways folks could copy content they’ve purchased (not so good).

Today, there is just too much really good free (ad-supported) content available so people don’t bother hunting for stuff to copy. Instead, they simply subscribe or tap to watch the content they want instantly on any screen they want. The proof is in a report from Wired that said in 2011, BitTorrent accounted for 23% of the daily Internet traffic; today, this is down to 5%.

YouTube and Facebook video consumes most of the bandwidth and it’s mostly free. Netflix, Amazon, Hulu, Vimeo, TenCent, Alibaba and other SVOD and AVOD make up another chunk of bandwidth.

“Bluster is Gone – Stealing professionally created content used to be a huge business for privateers; but today, people have so much great content to choose from, so many sources and often very inexpensive or even free (ad supported) content that thieves are jumping in with false bravado.  Still, every content developer/producer deserves to be compensated for their expertise and creativity.  It’s only right!“

TDO boasted that he had more “really good” content from major outlets like; ABC, Fox National Geographic and AMC Network’s IFC.  I don’t get it. Content is cheap and it’s not like TDO is Robin Hood, stealing from the rich and giving to the poor. Today, the media industry is really made up of independent filmmakers, audio experts, editors, special effects people, riggers, pre and post production people; you name it. They work very hard for their money.

You’re not hurting Netflix with the leak of “Orange is the New Black”. This won’t hurt Netflix if that was your intention. At best it’s an inconvenience the industry has to deal with.  You likely did them a favor by teaching them to be more alert to the consequences of weak security.

Most of the media companies like Netflix, Amazon, Hulu, HBO etc, invest heavily in developing original content or licensing older hit series. This is how they increase their number of subscribers.  The more successful these companies are, the more motivated the black hats get to make an easy buck.

Hackers can buy password programs on the open market to run against a network. This will guess the password until they find one that gives them entry. Or, they use phishing or other techniques to gain entry.

More often than not people in the content industry are under strict deadlines. Because of this, an email from the studio or client requesting something that does not seem unreasonable may very well lead to being infected with a Remote Access Trojan (RAT).  Now the user’s system belongs to the hacker.  Unfortunately, it appears it is easy to hack into studios around the world.

One approach to protecting content is a proactive cyber security education and enforcement program that includes:

The amount of Over The Top streaming video content is growing. It has become an opportunity for organizations and individuals to sell or rent better content. No matter if it’s through subscriptions or ad-supported services. Protecting and monetizing the content is important for everyone in the industry.

It is unlikely that piracy can be totally eliminated. Some will always feel everything on the Internet is free for them. If they have the skills they will find a way.

So my advice to the industry, if you can’t get respect, PROTECT!

We thank our friend and fellow blogger Andy Marken for sharing the details of his visit to NAB. Doing so made this article on protecting video content possible.