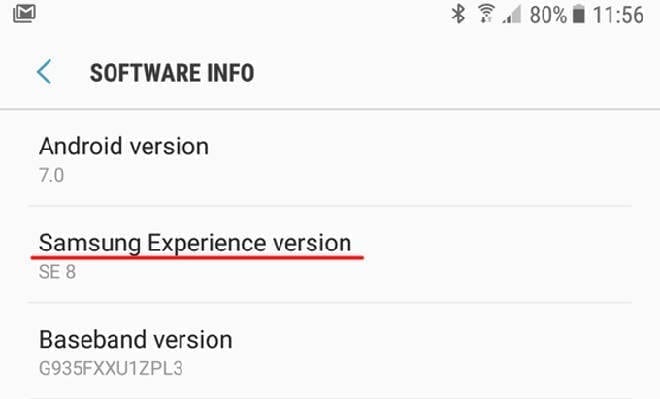 Android’s new OS, Nougat has been making ripples since it started its public beta. Even though Google’s Nexus was the first device that got its digital hands on it. However, Samsung was a quick second to grab the OS. With Nougat, Samsung had promised to deliver a new UX (user experience design) across all devices. Potentially overhauling the familiar user interface. Hence this proves to be a sign that South Korean-based company will stay true to its promise. The most noticeable thing about the update is that instead of TouchWiz, Samsung has used ‘Samsung Experience’ in the patch notes.

All You Need To Know About TouchWiz

We haven’t necessarily seen the TouchWiz branding highlighted in recent times. So it doesn’t matter either way. Moreover, with Nougat, the company is moving away from blue-green accents to a more refined layout that features a lot of white elements interspersed with light-blue accent colors.

“TouchWiz is touch interface created and developed by Samsung Electronics with partners, featuring a full touch user interface. It is available only on Samsung phones. TouchWiz is used internally by Samsung for smartphones, feature phones and tablet computers. And is not available for licensing by external parties.”-Wikipedia

TouchWiz is usually mistaken as an OS however, TouchWiz is just a User Interface. This is a pretty common misconception. All Samsung devices run on Android OS by Google.

As a result, all the users enrolled in the Galaxy Beta Program for the Galaxy S7 and Galaxy S7 edge, have already received the notification for the update. This is the third beta update being released by Samsung. The patch notes include Samsung Pass, the Samsung Note App, an auto brightness button in the Quick Panel. And moving the “Close All” button to the bottom of the ‘Recent’ panel.

There Are Some Bugs

It also includes a few bugs that are yet to be fixed. Including a delay in the screen switching on after pressing the power button, and Wi-Fi connection issues. The update itself comes in at 528 MB, and includes the December 1 security patch.