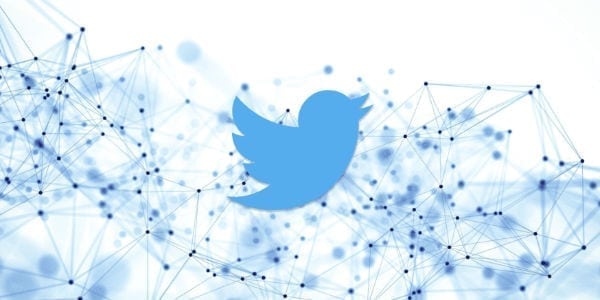 This article by DELTON RHODES was originally published at CoinCentral.com on August 24, 2018. It is being republished here with the publisher’s permission through syndication.
Want to become one of the world’s top blockchain influencers? There is a variety of established and up-and-coming platforms related to blockchain and cryptocurrency content. However, Twitter reigns supreme for influencer discussions. Twitter blockchain influencers are some of the most well-known people in the industry.

In this article, we examine who the top blockchain influencers are and–even more importantly–compare their Twitter content to explain why these individuals have so much influence on the current and future landscape of blockchain.

The number of followers for each Twitter blockchain influencer reflects statistics found on August 23, 2018. These numbers can increase or decrease in the future. We look at other metrics like follower engagement and the specific roles that influencers play within the industry. You can also take a look at graphic designers social media accounts and see how they are evolving and what they offer.

We look at other metrics like follower engagement and the specific roles that influencers play within the industry.

Vitalik Buterin is on pace to become the first Twitter blockchain influencer to reach one million followers. Buterin is not only known as the creator of Ethereum but also as one of (if not the biggest) thought leaders in blockchain technical architecture.

One example of this is his tweet storm in August 2018. He used Twitter as the platform to explain the state of Ethereum’s Casper research. This series of 75 tweets demonstrates Ethereum’s progress and challenges in switching to PoS. These tweets also include some of the varying opinions of groups within the Ethereum community.

Buterin also isn’t afraid of getting involved in disputes that are not Ethereum-related. For example, he has taken a bold stance on many topics, projects, and people in the blockchain industry. He has called out Craig Wright on several occasions and has even publicly expressed his disdain of centralized exchanges.

Charlie Lee’s Twitter features an anime-styled cover photo that demonstrates the relationship between Litecoin and Bitcoin.

Charlie Lee is best known as the founder of Litecoin (LTC). While Bitcoin (BTC) can be considered a competing project, it is clear that Lee is emphasizing the close bond between Litecoin and Bitcoin throughout his Twitter page. For example, there is a variety of anime-style images that show LTC and BTC together.

Lee often retweets posts that show new integrations and adoption of LTC. Some retweets even feature other blockchain influencers using LTC. For example, Lee retweeted a tweet from Jackson Palmer, founder of Dogecoin, who used Litecoin to buy bubble tea. Unfortunately, as is the case with many blockchain influencers (i.e. Buterin), Lee often has to warn users not to fall for cryptocurrency giveaway scams run by users with unverified, imposter Twitter accounts.

Even though Vitalik Buterin and Charlie Lee are important Twitter blockchain influencers, developers aren’t the only people who have the ability to influence the blockchain space. Roger Ver, as an investor/entrepreneur has a solid following as well. According to his bio, Ver was an early investor in Bitcoin, Zcash, BitPay, Kraken, and many other successful blockchain startups.

The most prominent thing to note from Ver’s Twitter account throughout 2018 is his stance on the Bitcoin vs. Bitcoin Cash debate. Ver is adamant in his support for BCH as the future of the Bitcoin community. This is interesting because this is juxtaposed to Charlie Lee and others. It also shows that the blockchain community isn’t in unison. There are many debates where blockchain influencers can help determine outcomes.

In the 1990s, Nick Szabo introduced concepts like smart contracts and Bit Gold. Since that time, he has remained a major influencer in the blockchain industry.

When looking at the functionalities of blockchain in 2018, there is possibly no technology that is discussed more than smart contracts.

Nick Szabo is a well-known computer scientist and legal scholar. In 1996, he combined these two passions and introduced the concept of “smart contracts” to the world. In 1998, he introduced another concept called, “Bit Gold”, which called for developers to take the best aspects of the gold market and translate them into a digital currency.

Since 2005, Szabo has written several posts on Unenumerated, a personal blog where he expresses his thoughts on the functionality of monetary systems, governments, and technology. For the most part, Szabo tweets about politics. Much like Roger Ver, he is highly critical of censorship from centralized authorities.

However, unlike the three above-mentioned entries on this list, Szabo doesn’t really show any keen interest in tweeting about a single project. Instead, he occasionally tweets about technical concepts. As one of the pioneers of cryptocurrency, Szabo’s opinions on finance and technology have inspired many of today’s brightest minds in the industry.

Laura Shin is best known as a blockchain/cryptocurrency journalist and the host of the Unchained podcast.

Many media sources paint blockchain and crypto in a negative light. That’s why it’s important to have people in the media who look at the industry in an objective manner. There are a number of informative news sites that serve this purpose. There are also individual journalists who have a good deal of influence.

Laura Shin ranks as one of the top individual journalists in this space. As a self-proclaimed “no-coiner” and host of the Unchained podcast, Shin tells the stories of pioneers in blockchain/crypto. Most of Shin’s tweets include links to episodes of Unchained episodes.

The podcasts feature a variety of leaders from blockchain project teams, VC firms, crypto exchanges and more. This gives audiences insights into how the technologies being developed today have the potential to change the future of a variety of industries.

As demonstrated by this list, there are a number of ways in which one can become a top influencer in this space. Developers, investors, journalists, and other professionals have the potential to play a crucial role in starting or participating in important conversations.

Even though this can (and often does) lead to a few debates amongst the Twitter blockchain community, it can also be beneficial for determining the philosophies on how blockchains should function. In turn, this can have a positive influence on how the industry continues to develop in the future.

More on this topic: Everything You Need to Know About Cryptocurrency Regulation (Right Now)